This African country has released over 4,000 prisoners through video-calling to limit COVID-19 clusters! 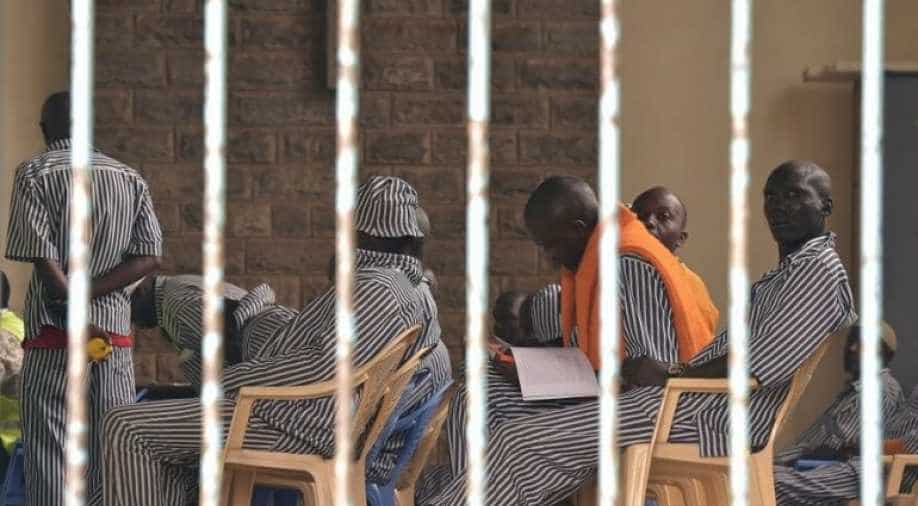 A prison in the African country of Kenya Photograph:( AFP )

Over the last 30 days, the country has released over 4,800 prisoners across different prisons

Many governments across the world fear that prisons pose health hazards during the ongoing COVID-19 pandemic.

Many countries have also released several prisoners with negligible offences to prevent clusters from forming in the prison.

Another country to recently join in on the decongestion process is Kenya.

Over the last 30 days, the country has released over 4,800 prisoners across different prisons to ease the potential consequences of a cluster in the prison.

Most states are now taking steps based on the new information that keeps coming in about the pandemic.

What’s interesting is how these prisoners were released. With social distancing the new norm, the release sessions were conducted on video chatting applications like Skype and Zoom.

The prioritisation was based on the gravity of the crimes as well as the time left to serve in the prison.

Also read: No, 5G waves do not transmit coronavirus!

The majority of 4,800 releases were undertaken online across 39 high court stations, as per information released by CNN.

As of now, Kenya, and largely Africa, has remained untouched by the killer virus. With just 110 cases, the country has enforced a dusk to dawn curfew. Nobody is allowed to leave their homes between 7 pm to 5 am.

The first case in the country was reported on March 12, after which all sports, religious, and other mega-events stand cancelled.