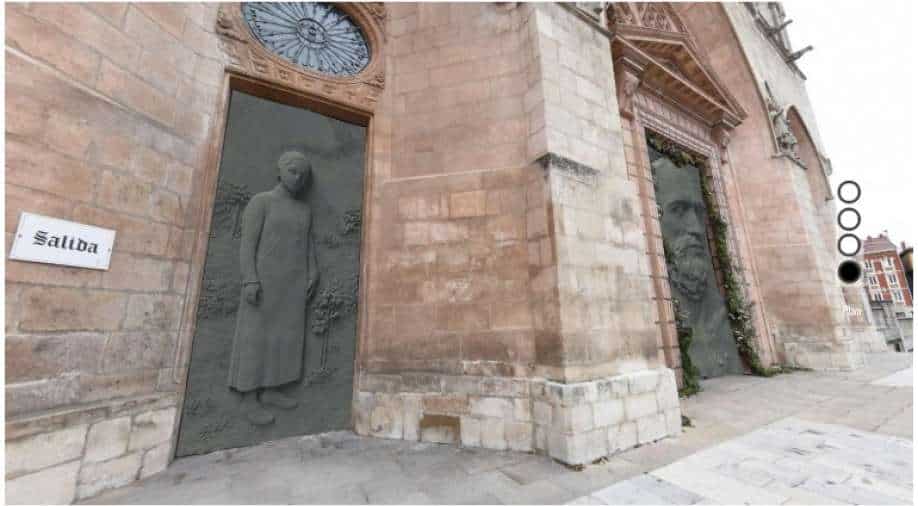 More than 31,000 people have signed petition against these doors

Places of worship have emotions attached with them. These are the places where thousands spend prayerful time and attain peace. It is therefore understandable that public reaction is often strong when the authorities decide to make modifications to a particular monument. A similar situation has occured in case of the cathedral in Burgos in Spain. The cathedral is steeped in history. It was built 800 years ago.

The Archidiocessis of Burgos has decided to install bronze doors in place of current wooden ones. The wooden doors are showing effects time has had on them. This simple installation of bronze doors has led to a huge uproar. The door cost 1.2 million euros and have been designed by award-winning artist Antonio Lopez.

More than 31,000 people have signed petition against these doors. Some of them have alsp been quoted as regarding the doors an "eyesore". The bronze doors have been designed in contemporary art style.

Cathedral authorities are defending the bronze doors by apparently hinting at artistic value addition the doors with cause. As per the authorities, the cathedral has had structural additions over centuries that were done in different artistic styles reflective of what was considered aestetic in respective times.

The petition signed by thousands questions the spend of millions of euros for bronze door.

“Given the queues of hungry people we’re seeing, and the fact that the cathedral doesn’t even have central heating – which is no laughing matter in Burgos – why is the archbishopric spending €1.2m on this?” says the petition as per The Guardian. Even United Nations (UN) has advised against these doors.

Final decision on the doors will be taken by culture department of the government of Castilla y León, the Spanish region where Burgos is located.