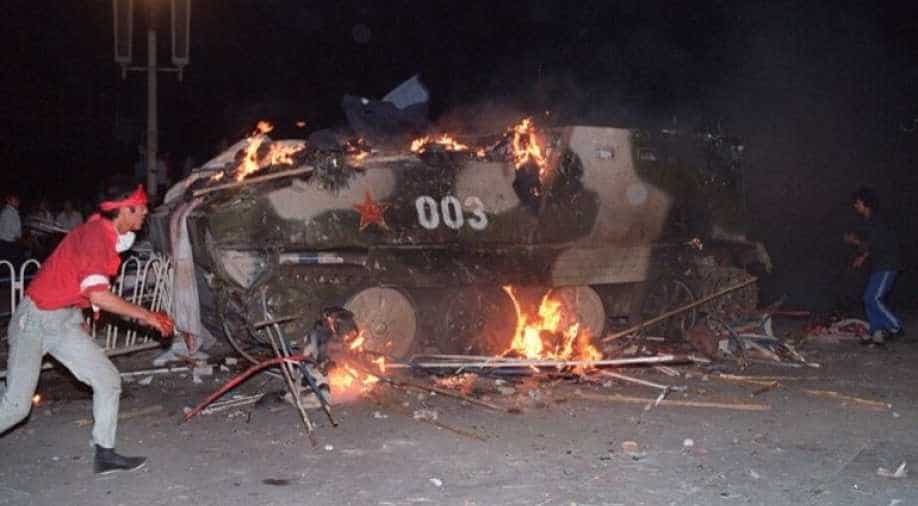 Starting with the United States, George Bush sr was the president. His administration was already being criticised for its do-nothing approach.

There were calls for action. What action did the so called big players take? What did they have to say? How much have their views changed 31 years on?

Starting with the United States, George Bush Sr was the president. His administration was already being criticised for its "do-nothing" approach.

The US Congress was up in arms. It wanted George H.W. Bush to make his stand clear. The White House announced the suspension of government-to-government sales and commercial exports of weapons to China. But the US refused to end ties completely with the Communist leadership.

Bush Sr said: "What I want to do is preserve this relationship as best as I can."

"I want them to know that I view this relationship as important and I view the life of every single student as important," he added.

31 years down the line there's no such balancing act. America not only wants China to acknowledge the Tiananmen massacre. It is slapping sanctions over what's happening in Hong Kong.

Donald Trump, now the president of the US held a very different view in 1989. Then, he endorsed China's crackdown at Tiananmen Square. He called the protests, a "riot".

And he praised China for showing what he called the "power of strength".

Then there was the United Kingdom, Margaret Thatcher was in power. On the day of the massacre she said: "It is a reminder that despite some recent easing of east-west tension, a great gulf remains between the democratic and communist societies.''

She further said, "Communism stands ready to impose its will by force on innocent people. Clearly, normal business with Chinese authorities cannot continue."

Today the United Kingdom not only wants justice for the victims. It is standing shoulder-to-shoulder with pro-democracy activists in Hong Kong.

Next, is France, it said China's actions run counter to the cause of history.

On June 8, 1969, French president Francois Mitterand decided to freeze relations with China at all levels. He urged member-states of the European Union to do the same.

Today, France and most of Europe is backing Taiwan's sovereignty.

In the erstwhile eastern bloc, the USSR was still intact. On June 6, the Soviet parliament condemned all outside attempts to put pressure on Beijing. It labelled the massacre a mere clash between troops and civilians.

It said this was China's internal affairs and that some nations were whipping up passions and not promoting stability. Not much has changed there. Russia is still backing China.

It hasn't commented on the Tiananmen anniversary and it remains tight-lipped on what is happening in Hong Kong.

The Japanese parliament pushed for economic sanctions against Beijing.

Today, Japan along with the rest of the world is seeking an independent probe into the Wuhan virus outbreak.

The then Australian Prime minister, Bob Hawke joined Chinese students in solidarity on the streets of Sydney. He granted them a four-year asylum to stay in Australia. A decision which he is said to have taken without consulting his cabinet.

Today, Australia is at the forefront of seeking accountability from China for the pandemic.

In 1989, Rajiv Gandhi was the Prime Minister. Fresh from his visit to Beijing, he or his government did not say a word about the massacre.

Reports say the Indian government told the state television which was the only kind of television then to tone down the coverage of the Tiananmen Square protests. It was believed to be a signal to Beijing that India would not revel in China's domestic troubles.

Even today, India does not comment on China's so-called internal matters. No official statement on Hong Kong or Taiwan. But India has backed the international call for a probe into the Wuhan virus outbreak and India is facing China at the border.