The year China went rogue on itself: Will crackdowns hamper economic growth? 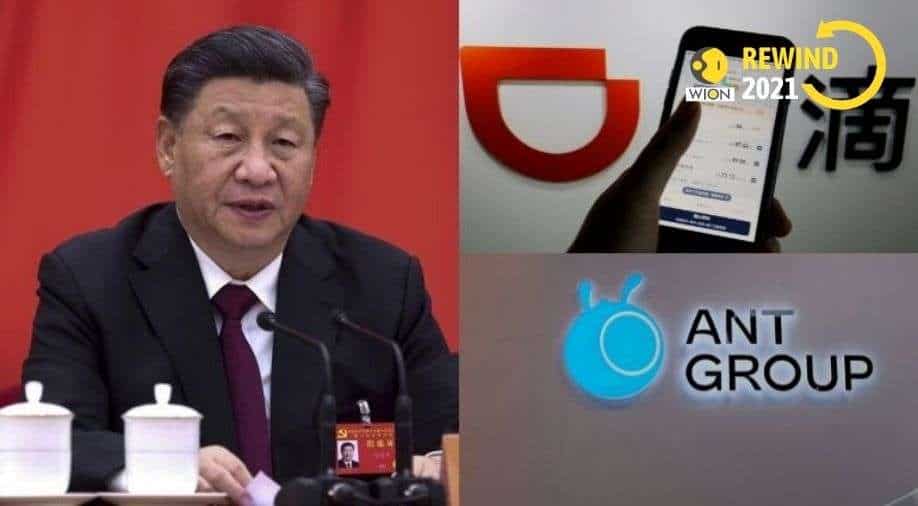 In a massive setback, Chinese markets have lost $1.5 trillion, with the country's biggest real estate firm Evergrande on the verge of bankruptcy

From entertainment to technology, there is scarcely any sector left that Chinese President Xi Jinping hasn't cracked down upon in 2021.

As a result of the stinging regulations imposed by the Communist Party of China in the name of ''common prosperity,'' the country's firms are dropping out of the list of top 10 most valuable firms.

In a massive setback, Chinese markets have lost $1.5 trillion, with the country's biggest real estate firm Evergrande on the verge of bankruptcy.

Also read | What are recommendation algorithms that China is cracking down on, and how do they affect internet users?

Where did China go wrong?

Experts had predicted that the Chinese economy will take off and achieve unprecedented heights after the 2008 financial crisis that shook the stock markets all across the globe.

However, Jinping, who became the country's president in 2013, claimed that Chinese companies pose a threat to the dominance of the Communist Party and clipped their wings.

The authoritarian leader's obsession with control over everything is hampering the country's growth.

His crackdown on Alibaba and Tencent resulted in them dropping out of the list of the world's most valuable firms. It is also bleeding Chinese stocks. The country is becoming a graveyard for unicorn companies.

There has been a massive sell-off because of volatility and the investors are fleeing and companies that are unable to pay back their debts.

From regulation to vendetta

Regulation in any country keeps corruption and other illegal activities at bay and ensures that customer interest is safeguarded.

However, it appears that in China it has transformed into vendetta. Tech companies are finding it impossible to work in a hostile environment.

From 2018 to 2021, 38 per cent of apps on the Chinese market disappeared without any trace of the cause.

The Ride-hailing app of Didi Chuxing, which was a market leader, was banned from Chinese app stores in early July, just days after raising $4.4 billion in a New York IPO.

The company had gone ahead with its debut despite pushback from Chinese authorities concerned that a listing could place Didi's user data in foreign hands.

When Xi became insecure about Jack Ma's growing popularity and meeting with the former US President Donald Trump, he imposed a fine of $2.8 billion on his companies.

Billionaire Ma is the founder of e-commerce giant Alibaba and had openly criticised the country's regulatory system in October.

But Xi blamed the crackdown on the company's monopolistic and uncompetitive practices along with the abandonment of social responsibilities.

Recently, a fine of $210 million was imposed on an internet celebrity Viya, dubbed ''the queen of live streaming'' in China.

Her real name is Huang Wei and she has more than 100 million followers but has been accused of tax evasion.

These fines are not just monetary punishments but are clear political signals by the regime.

She, later on, said that her post was misunderstood. However, the Women's Tennis Association expressed concern about her ''well-being and ability to communicate without censorship or coercion.''

China has also tightened its oversight over education, video games, and cryptocurrencies as well.

As per a new rule, children are only allowed to play video games for three hours per week as they are extremely violent.

Private tutors in China have been banned from giving online classes and they are not allowed to tutor in subjects that are part of the school curriculum.

It is scrutinising online platforms and social media networks claiming that is ''cleaning up'' the internet.

Beijing has also squeezed out of its market miners and traders of bitcoin and other digital currencies, arresting more than1,000 people for laundering money using cryptocurrencies in June.