The West must not be fooled by Russia's claims: UK Foreign Secretary Liz Truss 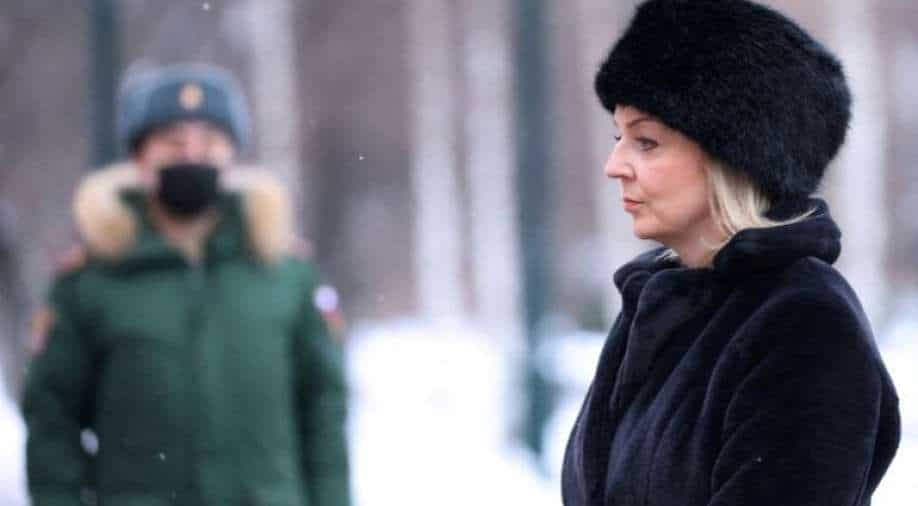 Russia is continuing to prepare for a possible invasion and there have been bridges put across the Pripyat River near the Belarus-Ukraine border, James Heappey, Britain minister for the armed forces.Russia says the West is gripped by hysteria and Russophobia, and Moscow has ridiculed claims by U.S. security chiefs that an invasion of Ukraine is imminent.

Britain's Foreign Secretary, Liz Truss, of the United Kingdom, has advised Western countries not to be deceived by Russia's assertions that it is withdrawing its military from Ukraine.

He said that "the West should not be fooled by Russia's claims that it is pulling forces away from Ukraine."

The West, Ukraine, and Britain's European allies have all raised the alarm over Russia's "imminent" invasion danger.

According to Truss' office, the Russian Army is "growing more dangerous rather than less dangerous."

Truss is set to warn Putin, Russia's authoritarian leader, that his country must "respect the sovereignty of others and honour their promises."

On the other hand, Moscow rejects preparations to invade Ukraine, claiming that some of the 100,000 troops stationed along the border are departing following military drills.

This report has been termed "false" by a senior US official, who claims that 7,000 additional Russian troops have arrived on Ukraine's borders in recent days.

The insider further stated that Russia may invade Ukraine "at any time" under a "false" pretext.

President Volodymyr Zelensky of Ukraine stated that he had yet to see any Russian forces leave the country.

According to Nato Secretary-General Jens Stoltenberg, there is no evidence that Russian forces are de-escalating.

Meanwhile, Ukraine and Russia-backed rebels have accused one another of violating a cease-fire deal in Ukraine's eastern Donbas region by starting fire.

According to the rebels, the Ukrainian military shelled multiple places under their control in the last 24 hours in an attempt by Kyiv to "intensify the situation."