The Republican Party Beyond Trump 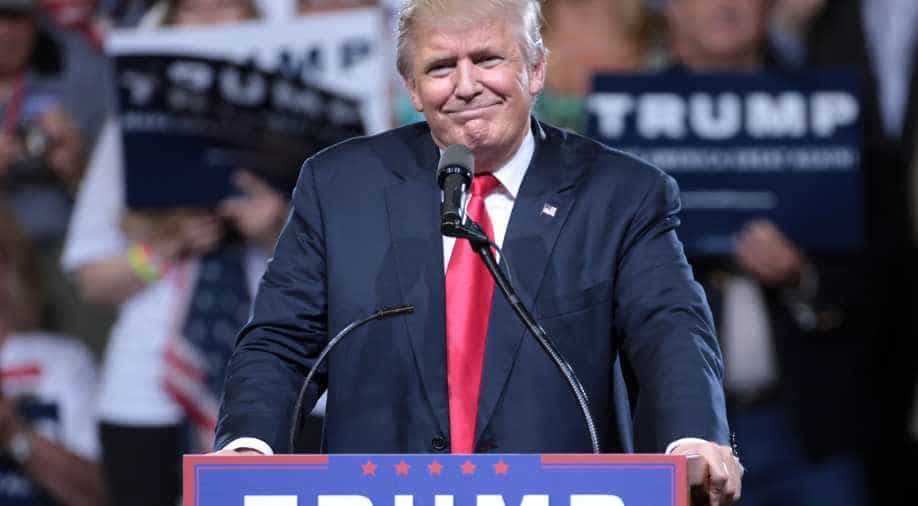 The world?s eyes are on Donald Trump, but something much more profound is going on in America Photograph:( Others )

The world’s eyes are on Donald Trump, but something much more profound is going on in America. The maverick Republican presidential nominee is but a symptom of a schism within the party sure to remain unresolved after the election. Trump has opportunistically seized on a power vacuum to win the party’s nomination with a campaign founded less on any specific policy agenda—“Everything is negotiable,” he has publicly declared—than on intuition and mastery of attracting publicity on television and social media to build a cult of personality.

The Trump phenomenon is not about Donald Trump. After President Barack Obama won re-election with a comfortable margin over Mitt Romney in 2012, Republicans could agree on one thing—that they urgently and desperately needed a radical change in strategy. While President George W. Bush could attract Spanish-speaking voters in 2000 and 2004, Republicans have seen declines in support among an increasingly large and influential Latino-Hispanic community. Women are less likely than before to vote for Republicans. Asian-Americans, a fast-growing demographic some call a natural “good fit” for the Republican Party, are flocking to the Democratic Party faster than any other group. The Grand Old Party (GOP) risks becoming uncompetitive.

THE SOUL OF THE PARTY

If the problem is easy to identify, the solution has proven elusive. The many factions that once formed the Republican “big tent” have begun demanding a say in the future of the new GOP. Libertarians have sought greater influence with their laissez-faire domestic agenda and isolationist foreign policy with champions like Ron and Rand Paul. The extreme rightist Freedom Caucus has made manifest its disdain for party leadership, unseating powerful figures like Majority Leader Eric Cantor in once-sleepy primary contests. Moderates have sought compromise, with Speaker Paul Ryan negotiating an uneasy truce that has likely ended with his denouncement of Trump.

Will the new GOP keep its old social values or move with changing attitudes on capital punishment, gay marriage and abortion? Will it keep its economic agenda or support social welfare programs? What of immigration? The schism is a battle for the party’s soul.

This is the underlying reason a populist like Donald Trump can abscond with the nomination. There were 17 candidates, including popular governors and senators, seeking the party’s mantle without direction from the establishment. Contrast this with Secretary Clinton, who effectively won her party’s nomination contest long before it began. Republicans knew they had a problem and had four years to pick a direction and a champion to lead them. Conservatives say, elect a true conservative and the base will rise up, while moderates insist that only a broader appeal can save the party. There have been internal battles before, but this is a level of dysfunction unseen in modern American history.

Many Americans are living in fear and confusion, their lives and livelihoods shaped by tectonic forces they do not understand. Trade deals, market speculation, bailouts and migration are complex phenomena that leave those with stagnant wages and rising costs of living scrambling for a leader to champion them. This led some Democrats to support Senator Bernie Sanders, an independent who vowed to fight against free trade and Wall Street. On the Republican side, Trump has blamed immigrants, unpatriotic corporations and weakness in the face of China, Mexico and Japan for America’s ills.

This fear and uncertainty manifested itself in Europe as well, with radical rightists and leftists gaining unexpected seats in parliaments across the continent. Britain’s departure from the European Union (EU) came from a variety of grievances, from discontent with Prime Minister David Cameron, to opposition to immigration from Central and Eastern Europe, to a belief that Britain merely subsidises poorer EU countries.

The press has labelled these various protests against the world order “populism”—a term that belies the complexity of the issues the world faces and the difficulty world leaders have in helping those left behind, whether the victims of urban blight, or coal miners in Appalachia, or unemployed factory workers in northeast England.

One can argue these voters have become tribal, seeking one of their own to put their interests above those of other groups, but there is another way of understanding it: globalisation and government policies have resulted in winners and losers, and those who have gained little in recent decades see no reason to listen to economists’ arguments on the benefits of free trade, immigration or other reforms, no matter how compelling the evidence or the moral arguments.

While racism and xenophobia form an unfortunate part of the debate, these forces will only grow stronger if leaders ignore legitimate grievances. If they are ignored, Trumpism and Brexit will become the rule rather than the exception. In the American case, the challenge for the Republican Party after the election will be to find a balance between representing the far right and the need to build a broader base of support rather than doom it to becoming a radical outsider voice, ideologically pure but impotent and unable to implement its promises.

As the American political landscape changes, the next election cycle may prove to be the Republican Party’s last chance to be a mover of events rather than have its hand forced by developments outside its influence and control. Trumpism is not about Trump. Having two parties with diverse and inclusive bases is crucial, lest we see Donald Trump become a mere prelude to a far greater political turmoil.

(Matthew Kolasa is an attorney and journalist. )