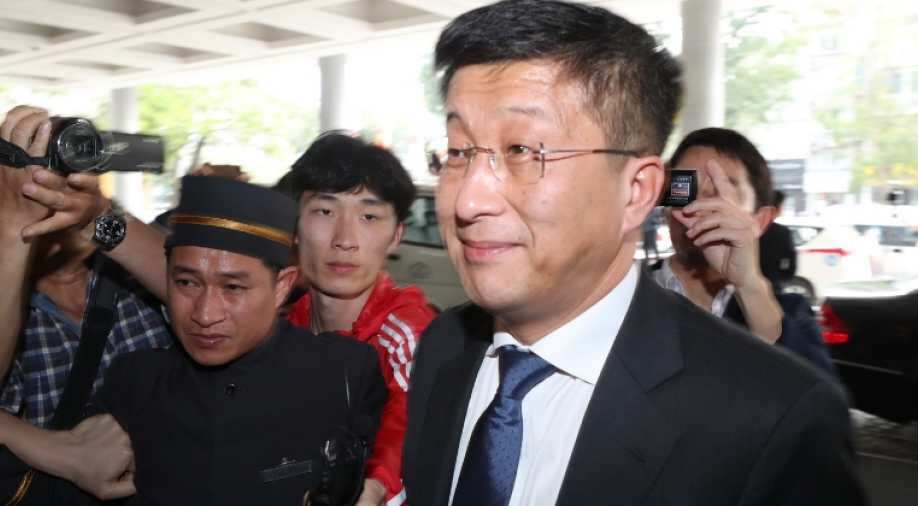 These two officials, from North Korea and the United States respectively, have worked hard behind the scenes to make the second encounter between Donald Trump and Kim Jong-un in Hanoi possible.

Two negotiators who met barely one month ago have been tasked with handling preparations and setting the agenda for the second summit between the leaders of the United States and North Korea, which started on Wednesday.

These two officials, from North Korea and the United States respectively, have worked hard behind the scenes to make the second encounter between Donald Trump and Kim Jong-un in Hanoi possible.

The first, Kim Hyok-chol, is the former North Korean ambassador to Spain and an expert in North Korea's nuclear program.

His appointment as the man in charge of the preparatory talks for the second summit between US President Trump and North Korean leader Kim Jong-un came as a surprise when it was announced in late January, barely a month before the meeting.

Kim, 47, has been North Korea's only ambassador to Spain until now, having headed the North Korean embassy in Madrid since it opened in 2014 before being expelled by the Spanish government in 2017 in response to Pyongyang's nuclear and missile tests.

Married with two children, this career diplomat, who graduated in linguistics and holds a doctorate in foreign language, is known to be fond of Spain, a country which he had admitted he loves to visit.

After his expulsion in 2017, Kim had told EFE that he was stunned by that Spain had taken that step.

A big fan of the Spanish top flight La Liga, the diplomat had said his dream was to take Spanish players to North Korea to boost sport training programs, which he says could help bilateral ties.

While he has not been able to bring any soccer players home, he did help in organizing the first tour of North Korea by a flamenco group in Apr. 2016.

Thae Yong-ho, the number two in the North Korean embassy in London in 2016 and one of the highest-ranked North Korean defectors in the last two decades, said recently that Kim's appointment indicated a strategy by the regime to outmanoeuvre Washington ahead of the negotiations to set the summit's agenda.

Thae said Kim Hyok-chol was a great orator and warned that he had been deeply involved in the regime's nuclear deterrence policy during his career abroad, contrary to the tone favouring denuclearization that he has recently had to champion.

The second main architect of the summit is Stephen Biegun, who has switched roles from being an expert on Russia to becoming the go-to man for diplomacy with North Korea.

In Aug. 2018, Biegun, 55, was handed the delicate task of pressurizing Pyongyang to make good on its vague commitment to denuclearization, as agreed on during the first summit in Singapore.

During the last six months, he has had to contend with the contradicting signals from Pyongyang, who changed their negotiator in January, but also challenges from within the US, such as from National Security Advisor John Bolton, who doubts Biegun's diplomatic acumen and has backed a tougher stance in the talks with the North Koreans.

An expert on Russia, where he lived in the 1990s, Biegun began to influence US policy on North Korea in 2003 - at the beginning of the Six-Party Talks with Pyongyang - working under Condoleezza Rice, the NSA under former president George W Bush.

A graduate in Russian and political science, Biegun made a name for himself in Washington as an advisor to two Republican senators before taking an executive position at car manufacturer Ford in 2004, which he held until Secretary of State Mike Pompeo asked him to join his team.

In 2008 he had held the unenviable job of serving as the foreign policy advisor to the Republican vice-presidential candidate Sarah Palin, who was ridiculed for claiming in an interview that she could "see Russia" from her house in Alaska.