The Guardian could become a tabloid: Report 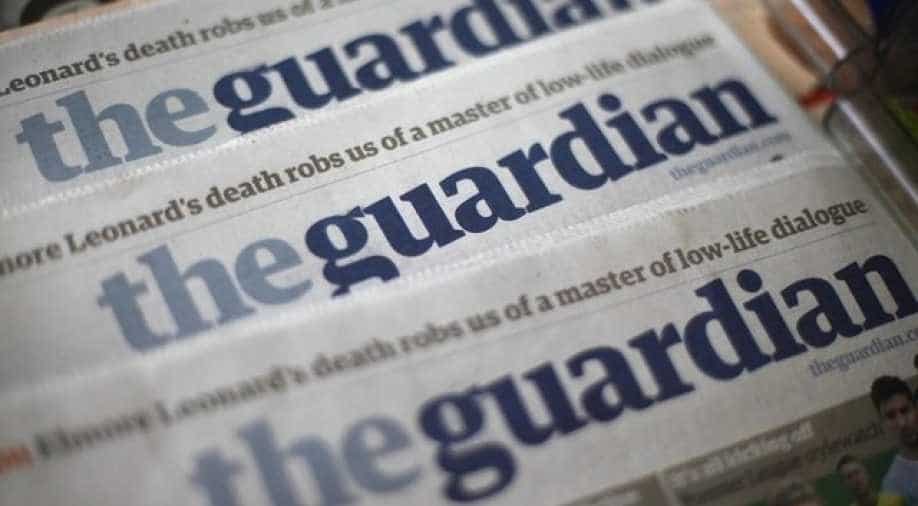 The publisher added that it had to make savings of 20 per cent in order to break even in the next three years. Photograph:( Reuters )

The Guardian, a well-regarded daily in the United Kingdon, may become a tabloid to cut its losses, sources told Reuters.

The newspaper, which is editorially left-leaning, is also considering outsourcing printing to one of their rivals -- Rupert Murdoch's News UK -- as high printing costs and the dilution in readership has prompted the company's management to explore options to pare down its losses.

Publisher Guardian Media Group (GMG) said its underlying losses had increased to $78 million for the year to April 3, and that it had to make savings of 20 per cent in order to break even in the next three years.

To achieve that, the publisher cut more than 260 jobs through a voluntary redundancy programme that will save £17m a year.

Although the Guardian has been at the forefront of some major groundbreaking stories in recent years, including the US whistleblower Edward Snowden's revelation about mass surveillances as well as the phone hacking scandal, the company has suffered due to a slump in the advertisement market.

The high cost of switching from being a broadsheet to a Berliner in 2005 has also been a factor in the company's recent slide. Competition from Google and Facebook has also dented its online readership.

Publisher Guardian Media Group (GMG) spent 50 million pounds ($62 million) on presses from German engineer Man Roland, according to a Guardian article published in 2009, and another 30 million on new print sites in London's Stratford and in Trafford Park in Manchester.

Print sales of the newspaper rose following the change and an associated redesign, but the boost was short lived.

Its average sale in October was 157,778 copies, according to ABC, fewer than half the number of copies sold in 2005, resulting in under-utilised presses.

A spokesman for the Guardian declined to comment on speculation regarding future print allocation.