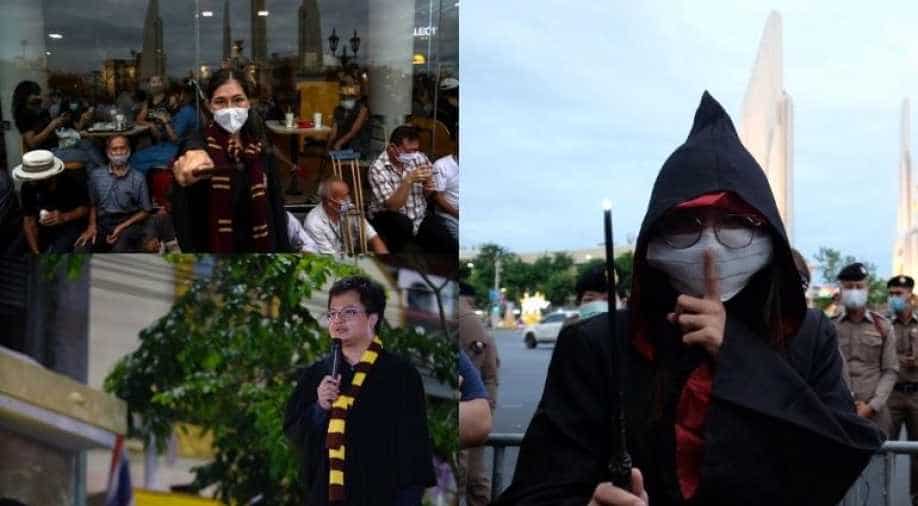 The king is in a luxury hotel in Europe with 20 concubines. The army chief turned prime minister has dissolved opposition parties and made critics disappear.

Thailand has turned into a cauldron of protest. The worst public demonstration in almost a decade.

The country has a king and an elected government. Both are facing the wrath of the people.

The king is in a luxury hotel in Europe with 20 concubines. The army chief turned prime minister has dissolved opposition parties and made critics disappear.

And, the military-backed government of Prime Minister Prayuth Chanocha, a former junta leader. The young demonstrators say -- there is more fear than freedom in Thailand. They want a complete overhaul of the constitution.

This king took the throne in 2016. He revised the constitution, acquired more powers. In Thailand, insulting the royals will land you in jail for 15 years.

The lese majeste law is being enforced with an iron fist. Protestors are unhappy about all of this. Plus the king's disregard for his people.

As Thailand fights a pandemic, the king has gone into isolation with 20 concubines. For months, he has been holed up in a luxury hotel in the bavarian alps.

The protestors see the prime minister as a greater villain. Especially after an opposition party was dissolved.

Not just parties, political activists are also under pressure. Many have disappeared. Not just in Thailand, but also in neighbouring Laos.

Prayut first came to power in 2014. As the army chief, he organised a military coup to overthrow an elected government. He retained the position of prime minister in 2019.

The protesters say -- the election was rigged. Under his rule, the military, political and royal elite have consolidated power.

The protest against this new powerful establishment is the largest since the military coup in 2014. Thailand's history known for protests, coups and constitutional rewriting.

It is happening all over again. A battle between the govt-backed monarchy and people's freedom.