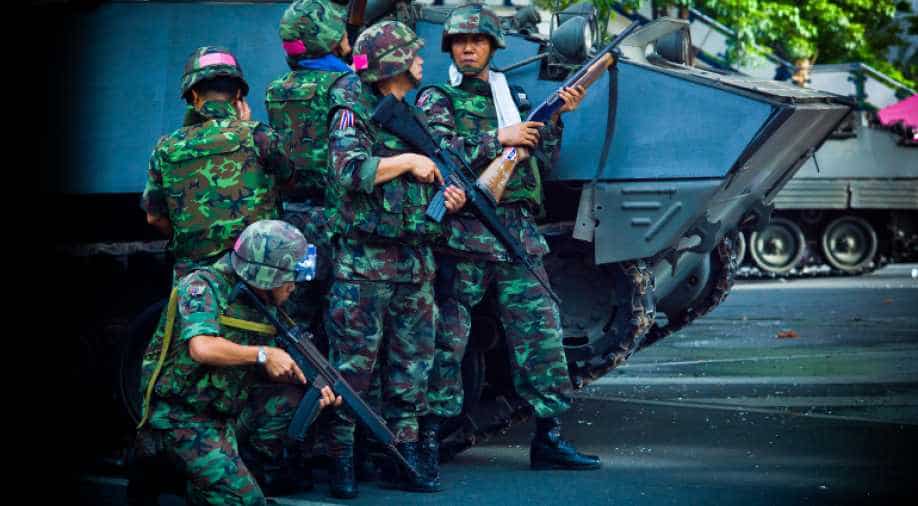 Only for presentation purpose. (Source: Wikimedia Commons) Photograph:( Others )

But the Barisan Revolusi Nasional (BRN) group, which has greater control?over?combatants than other factions, has not joined talks. A leader of the group told Reuters last week that the current negotiations were doomed.

Thailand's junta and a Malay Muslim separatist faction have blamed each other for a delay in setting up a 'safety zone' as a confidence-building measure towards ending a decades-old insurgency.

Talks on the zone ended last week in Malaysia without full agreement to be followed by bombings that killed a soldier and a policeman in the Thai south, where more than 6,500 people have been killed since 2004.

No group claimed responsibility for the latest attacks.

On Monday, the Mara Patani faction said that implementing a safety zone had been "a little delayed", because some details, "especially from the Thai side", had not been satisfactorily addressed, but that did not mean talks had failed.

"The correct approach is to continue dialogue, not walking away from it," Abu Hafez Al-Hakim, a leader of the group, said in a statement.

At the weekend, Thailand's chief negotiator had said the insurgents were not ready for the safety zone, despite the sincerity of the Thai government.

"If the dissidents are not ready, then people's participation in the process will be delayed," General Aksara Kerdphol said, adding that talks would continue.

The proposed safety zone would be jointly administered by Thai authorities and the separatists in a district of the three southern provinces that formed part of a Malay Muslim sultanate until being annexed by the mostly Buddhist Thai kingdom in 1909.

Within the safety zone, neither side would attack the other.

"If you want to create peace you have to work with your enemy," Al-Hakim told Reuters, saying he was hopeful a safety zone could be set up within three to six months.

But the Barisan Revolusi Nasional (BRN) group, which has greater control over combatants than other factions, has not joined talks. A leader of the group told Reuters last week that the current negotiations were doomed.

Pak Fakih said in a rare interview that safety zones could be "a trick by the military in trying to uncover the insurgent networks".

The BRN neither claims nor denies responsibility for any specific attack, but says it is continuing to fight to send a signal to the government.

The leader of another insurgent group, Patani United Liberation Organization (PULO), also said he was uneasy about the government's safety zone plan, but would go along with it in the spirit of cooperation.

Violence would continue for now as the only way to get the government to listen, Kasturi Mahkota told Reuters.