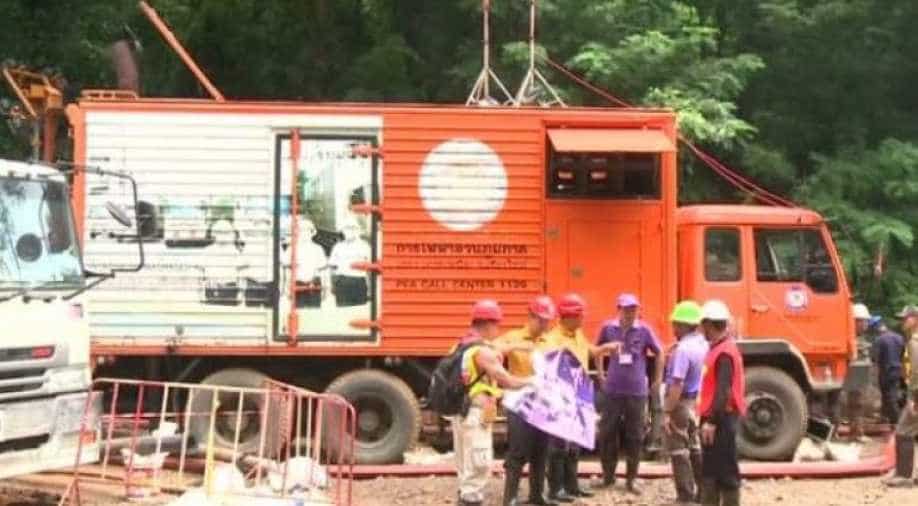 The rescue team found the 12 boys and their football coach alive after 9 days of being lost in a cave in Thailand.

There had been no contact with the boys, aged between 11 and 16, since they went missing with their coach -- aged 25 -- last Saturday.

"We found all 13 safe... we will take care of them until they can move," Chiang Rai governor Narongsak Osottanakorn said.

"We will bring food to them and a doctor who can dive. I am not sure they can eat as they have not eaten for a while."

They had hoped to find the "Wild Boar" team on an elevated ledge dubbed "Pattaya beach".

But the boys had retreated 300-400 metres further as the ledge was submerged, Narongsak added.

An international search effort has gone on since the group went missing inside the Tham Luang cave.

The divers from a Thai navy SEAL unit were within 500 meters of a chamber containing an elevated rock mound, nicknamed "Pattaya Beach" by cavers, which could have provided the boys with a refuge when rains flooded the cave, blocking the way out.

The cave is one of Thailand's longest -- it stretches 10 kilometres (six miles) underground -- and also one of the most notoriously difficult to navigate.