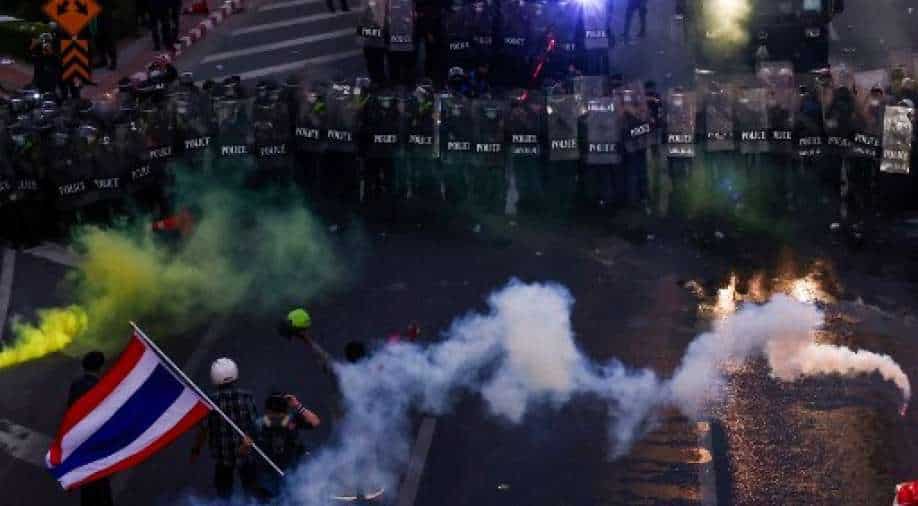 Reports said the protesters pushed through the barbed-wire barricades leading to a confrontation with riot police as scuffles broke out.

Pro-democracy protesters clashed with police in Thailand's capital Bangkok demanding King Maha Vajiralongkorn to give up direct command of the army unit housed there.

Atl least 2,000 demonstrators marched from Bangkok's Victory Monument to a nearby military barrack as Thai police shot rubber bullets and used water cannon and tear gas against the protesters.

Reports said the protesters pushed through the barbed-wire barricades leading to a confrontation with riot police as scuffles broke out. Some protesters threw glass bottles as the rally turned violent.

Protests erupted at the entrance to the base of the first infantry regiment in Bangkok as demonstrators threw bottles at police.

At least two protesters were arrested, reports claimed. The protesters have been demanding King Vajiralongkorn to give up power and PM Prayuth Chan-ocha to step down since last year.

Under Thai law, public criticism of the king is illegal with insults to the monarchy punishable by up to 15 years in prison.