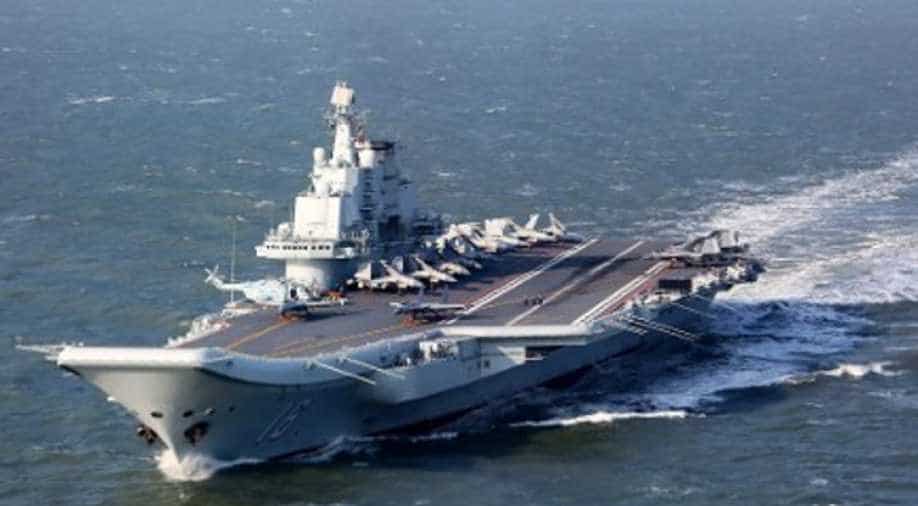 Tensions between archrivals China and Taiwan flared up as China's only aircraft carrier entered the Taiwan Strait, the island's defence ministry said.

According to sources in Taiwan's defence ministry the Chinese aircraft carrier, Liaoning, has not entered its territorial waters but has breached its air defence zone, AFP reported.

It entered the southwest of Taiwan's air defence identification zone (ADIZ) at 07:00 Wednesday local time (23:00 GMT), the defence ministry said, along with escort vessels, according to AFP.

"(It) is sailing west of the midline of the Taiwan Strait, moving north," the ministry said in a statement.

Unconfirmed reports in Taiwanese media suggested that F-16 fighter jets along with other aircrafts were sent to monitor the situation, AFP reported.

The defence ministry issued a statement saying that "the military is monitoring the whole situation and will act as necessary".

They have ''urged Taiwan's people to be at ease".

Relations between the two neighbours have further deteriorated after US President-elect raised questions about US' "One China" policy.

The US has followed the "One China" policy according to which it officially acknowledges the Chinese position that there is only one People's Republic of China (PRC) represented by China's government in Beijing.

Even so, the US still maintains unofficial commercial and cultural relations with Taipei, wghich is carried out by the American Institute in Taiwan (AIT).

The "One China" policy implemented by US forms the basis of diplomatic ties between both the countries.