Tens of police hospitalised after Ukraine clashes ahead of poll 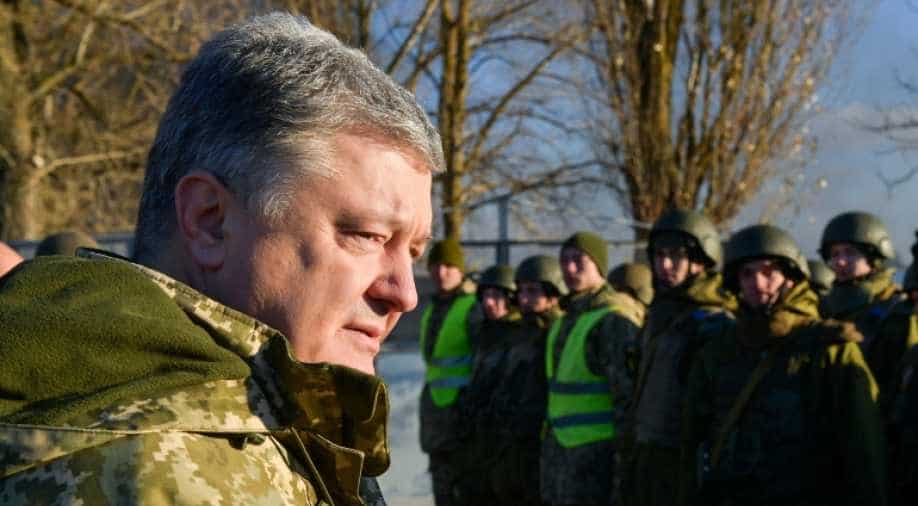 Nineteen police officers were hospitalised in the city of Cherkasy, where supporters of the far-right National Corps party tried to block President Petro Poroshenko's motorcade and accused the government of corruption.

Ukraine's police said Sunday that 25 officers were injured in clashes with ultra-nationalists who tried to attack a presidential motorcade ahead of elections at the end of this month.

Nineteen police officers were hospitalised in the city of Cherkasy, where supporters of the far-right National Corps party tried to block President Petro Poroshenko's motorcade and accused the government of corruption.

Three officers were also injured in clashes with the same group in Kiev near the presidential offices, with one hospitalised.

The incidents further exacerbate tensions ahead of the presidential elections on March 31 in a country plagued by graft scandals and an ongoing conflict with pro-Russian separatists in eastern Ukraine.

Police spokesman Yaroslav Trakalo told AFP that probes have been opened into the events in Kiev and Cherkasy.

A police video from the city about 150 kilometres (90 miles) southeast of Kiev shows a crowd of men, some with masks on, swarm around a motorcade of police cars, with some climbing on the roofs, opening car doors and punching policemen.

The protesters lit flares, filling the street with smoke, and shouted obscenities. "Who are you protecting, these scumbags devastated Ukraine's army!" one of the protesters can be heard in the video.

National Corps spokesman Oleksandr Alfyorov confirmed to AFP that the group's activists were involved in clashes in both cities.

He accused police of blocking streets to prevent people from accessing the square where Poroshenko was giving a speech.

The protesters wanted to "raise the question of corruption in our government," including misappropriation of funds in the military.

Poroshenko was recently accused of turning a blind eye to a scheme smuggling military parts. Last week he said he had fired the official who was allegedly profiting from the scheme.

Poroshenko was in Cherkasy Saturday to honour locally-born national poet Taras Shevchenko and meet local residents. He has not made any comment about the clashes.

Poroshenko is one of three leading candidates in the presidential polls, alongside TV actor Volodymyr Zelensky and former prime minister Yulia Tymoshenko.