Ten months after Floyd’s death, Minneapolis residents are at war over policing 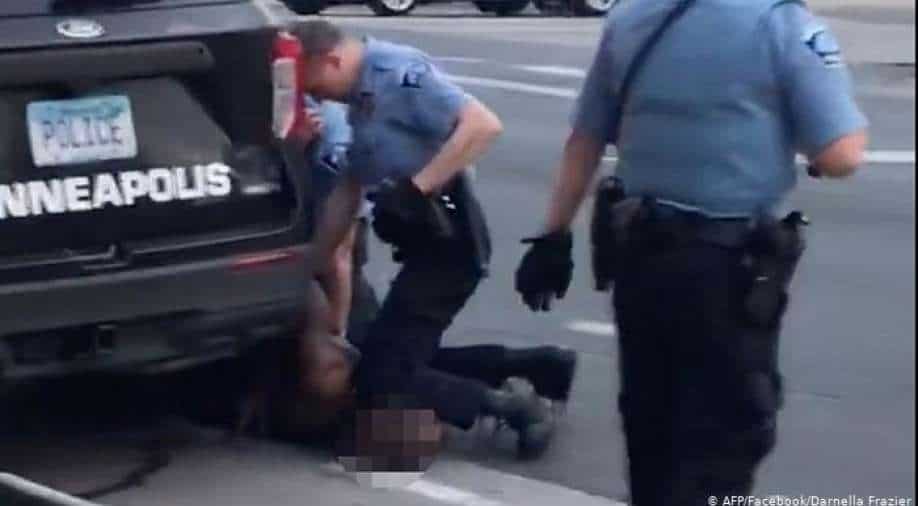 Residents all over town still complain of officers using excessive force, like during a recent confrontation in which a white officer appeared to wind up and punch a Black teenager

The sacred intersection where George Floyd died beneath the knee of a police officer has seen such an increase in violence that food delivery drivers are afraid to venture there. There have been gunbattles, with bloodied shooting victims dragged to ambulances because of barricades keeping the police and emergency vehicles away.

“Having no police: This is the experiment right here,” said P.J. Hill, a leader of Worldwide Outreach for Christ, a church that has been on that corner in Minneapolis for almost 40 years. “This is their one-block experiment.”

Residents all over town still complain of officers using excessive force, like during a recent confrontation in which a white officer appeared to wind up and punch a Black teenager. And officers accuse some community members of antagonizing them, like in a recent dispute over a homeless encampment that erupted into a melee with punches and pepper spray.

Ten months ago, Minneapolis, and the country, seemed to coalesce around the belief that policing needed an overhaul after gruesome video footage surfaced of the last moments of Floyd’s life. Now, with the murder trial of the officer who knelt on Floyd’s neck scheduled to begin Monday, the struggle over what to overhaul and how to do it has left Minneapolis at war with itself over public safety and the role of the police.

A pledge by most City Council members in June to defund and dismantle the Police Department and create a new system of public safety met fierce resistance. It has since given way to a grab bag of efforts that have yet to prove their effectiveness and have left the city fractured.

Looming over everything is a palpable unease over what the 12 jurors will decide in the trial of Derek Chauvin, who is facing second- and third-degree murder charges, as well as manslaughter, after being captured on video kneeling on Floyd’s neck for more than nine minutes in May.

Many worry that an acquittal could set back the work that has been done to reform public safety and to attempt healing, and put the city right back where it was last summer with buildings ablaze and the streets roiling with anger.

“People don’t have much faith that he’s going to be convicted,” said pastor Brian Herron of Zion Baptist Church in the neighborhood Near North, the historic heart of Black Minneapolis. “I think there’s hope that he is, but we have seen this movie before. We’ve watched this movie over and over and over again. We can recite the lines.”

Cities all across America last year faced a surge in violence, fueled in part by the economic despair and alienation brought on by the pandemic, criminologists said. Minneapolis was no exception: It saw a 25% increase in homicides, rapes, robberies and assaults.

But home in on the four neighborhoods surrounding George Floyd Square, the name given to the corner where Floyd died, and the story is far bleaker and deadlier. In those areas — Powderhorn Park, Central, Bryant and Bancroft — violent crime shot up by 66% last year, according to statistics from the Police Department. And this year, so far, little has changed.

The area has become something of an autonomous zone, with barriers and signs calling it “the free state of George Floyd.” Police have stayed away for almost a year to avoid inflaming tensions.

Residents and city leaders have tussled over the role that the Police Department’s depleted ranks have played in the violence plaguing the entire city. Around 200 officers have left the force, some temporarily, over the past year, with many taking leave for post-traumatic stress disorder. The City Charter allows for 888 officers, but there are currently 648 on active duty, city officials said.

Supporters of defunding the police have applauded steps to redirect $8 million from the Police Department’s budget, which now sits at about $170 million. Some of those funds have gone to the Office of Violence Prevention, which has seen its budget grow more than fourfold over the past year to about $7 million.

With that money, the office is expanding programs that offer social services, said Sasha Cotton, its director. The office is also developing a program modeled after Cure Violence, a national violence-intervention initiative. The city’s version will consist of six teams of about 15 people, some former gang members, working in communities to settle any simmering disputes that may lead to violence.

The growth in resources won’t make the work any simpler, Cotton said. That’s because the challenges have grown, too: the surge in violence, the pandemic-induced economic hardship, the unease over the trial.

“We’re under a microscope and at an epicenter that no city wants to be in,” she said. “I think that from these challenges there is real growth happening, and that we will come out of it better on the other side. But it’s sort of like that awkward teenage space that people have to go through.”

Pastor Curtis Farrar, who leads Worldwide Outreach for Christ at George Floyd Square, said gang violence had long been a problem in the area, but it had been improving before Floyd was killed and the police pulled back. Now the sounds of gunshots are a constant, and recently workers he has hired to change his church’s windows have refused to come to the area because they feel it is too dangerous.

In many ways, the future of the intersection could turn on the outcome of the trial. For too long, he said, the community has watched police officers kill and get away with it.

“I don’t know if anybody at this point knows how it’s going to be solved unless they see justice as really being blind,” he said. “If they don’t, we’re going to have some serious problems in this community.”

Many officers worry about further unrest, said Sgt. Sherral Schmidt, president of the Police Officers Federation of Minneapolis. Officers began leaving the department in droves after the uprising last summer, she said, and morale has only gotten worse. With a staffing shortage, officers have found themselves bouncing from call to call, with little opportunity to engage with the community, she said. Even the members of the community engagement team have been reassigned to different jobs to help make up for the patrol shortage, she said.

Officers are expected to have to work 12-hour shifts once the trial reaches closing arguments, Schmidt added.

“The biggest thing for our cops right now is they feel no support,” she said. “So every day, they come in and it’s like, ‘Oh, what are we going to be scrutinized for today?’”

Some longtime civil rights activists have been critical of the police, but they have also criticized the way that supporters of the defund movement have tried to effect change. Nekima Levy Armstrong, a civil rights lawyer, said the defund movement is nothing more than “catchy slogans and catchphrases.” She said that last summer she warned Jeremiah Ellison, a City Council member supporting efforts to dismantle the Police Department, that it would lead to only chaos.

“You’re going to turn Minneapolis into the wild, Wild West,” she recalled telling him.

But Ellison said the uptick in violence in the city began long before any money was redirected from the police, and he credited council members for investing in alternatives to policing.

“To do what we’ve done in 10 months,” he said, “as far as city government is concerned, that’s kind of moving at light speed.”

In June, nine council members, a veto-proof majority, stood on a stage in a park behind large block letters that read “Defund Police” and pledged to dismantle the Police Department.

“They stood on a stage in Powderhorn Park in front of the entire nation with a big sign, with 1-million-point font saying, ‘defund the police,’” said Jacob Frey, the mayor of Minneapolis, calling it an ill-conceived move. He could not support that position, he added, because he did not agree with it and “it wasn’t going to be delivered.”

Many of those members have since backtracked. They proposed a measure last year to change the City Charter to create a Public Safety Department — of which the police would be just one part — that they say would promote a more holistic approach to public safety. That effort has failed, but a new proposal is on track to appear on the ballot this fall. Activists are also gathering signatures to get a measure on the ballot that would perform a similar action.

Though he has disagreed with most council members, Frey has acknowledged the urgency to do something.

“There’s clearly a lot of passion and pain and frustration,” he said.

He has favored working with the police chief, Medaria Arradondo, to establish policy reforms — many of which his critics have said are too incremental.

A number of new policies on the use of force has been put into effect, including requiring officers to intervene when a fellow officer is using impermissible force and requiring greater scrutiny when force is used against someone in handcuffs.

For many residents, though, the policy changes have done nothing to upend what they see as an underlying culture of aggression and disrespect. D.A. Bullock, an activist and a filmmaker who lives in North Minneapolis, recalled recently going to a scene where the police had just shot someone and having officers aggressively tell him to get back.

“I’ve seen a number of interactions between police and residents since George Floyd was murdered, and I can’t, from a practical standpoint, I can’t identify anything that they’re doing differently,” Bullock said. “They still roll up, and they roll up in force. They’re still very much aggressive. I haven’t seen any deescalation tactics.”

Still, if the city feels tense over the continued debate about policing and public safety, there are small signs of racial healing.

One of them is on display every Sunday at Herron’s church, which is predominantly Black. More white faces have been appearing in the pews, he said. It gives Herron hope that even as the city feels these days as if it is under siege — with National Guard troops on the streets, and concrete-and-wire barricades fortifying government buildings downtown — some people, at least, are trying to come together.

“If you look physically, it doesn’t look like much has changed,” he said. “But if you look with spiritual eyes, you see a conversation. You see a movement toward each other, instead of away from each other.”

He continued, “It’s being done organically. We’re not on purpose trying to be a multicultural church. It’s what’s in the atmosphere now.”