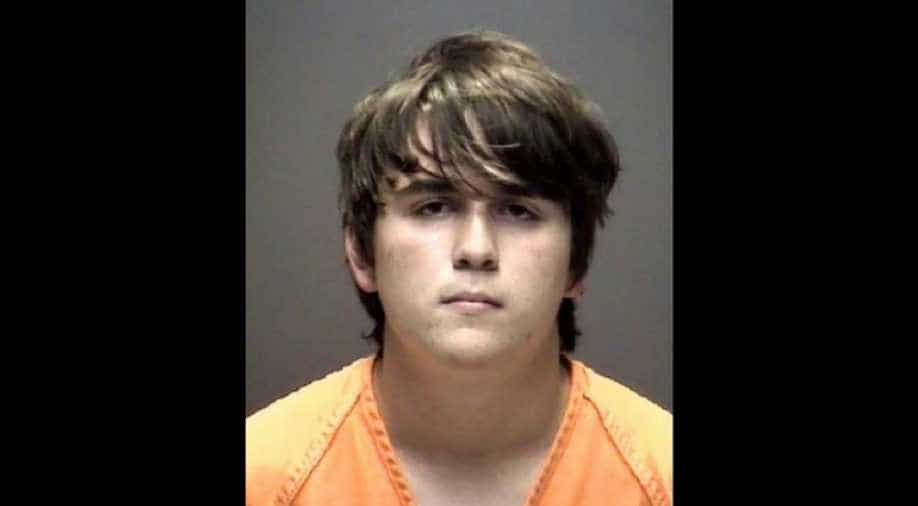 Ten people, mostly students, were killed in a deadly attack when a 17-year-old fellow student opened fire at his Texas High school on Friday.

The student, Dimitrios Pagourtzis, who was arrested on murder charges was a 17-year-old junior at Santa Fe High School in Santa Fe, Texas.

Governor Greg Abbott said 10 people died and another 10 were wounded in what he called "one of the most heinous attacks that we've ever seen in the history of Texas schools."

"Nothing can prepare a parent for the loss of a child," Abbott told reporters in Santa Fe, located some 30 miles (50 kilometers) southeast of Houston.

Abbott said the gunman apparently carried out the attack with a shotgun and a .38 revolver that were legally owned by his father.

The Houston Chronicle said Pagourtzis also threw pipe bombs into a classroom at the start of the school day.

Pagourtzis had recently posted a picture of a black t-shirt on his Facebook page that read: "BORN TO KILL." Abbott said authorities were examining his journal. But there were no outward signs he had been planning an attack, the governor said.

Information from his cellphone and computer showed "not only did he want to commit the shooting, but he wanted to commit suicide after the shooting," said Texas Governor Greg Abbott, briefing reporters.

"He gave himself up, and admitted at the time he didn't have the courage to commit suicide."

Abbott said there were no "warning signs" about the suspect ahead of time although he did post a picture on his Facebook page of a T-shirt with the words "Born to Kill" on it.

"As far as having a criminal history, he has none," Abbott said. "His slate is pretty clean. And so there simply were not the same type of warning signs that we've seen in so many other shootings."

Classmates described the Santa Fe suspect as a quiet student who kept to himself and played on the football team. They also said he wore a trench coat to school on the day of shooting, when temperatures topped 90 degrees Fahrenheit (32 degrees Celsius).

It was the latest in a long series of deadly shootings at U.S. schools. Seventeen teens and educators were shot dead at a Parkland, Florida, high school on Feb. 14, a massacre that stirred the nation's long-running debate over gun ownership.

It was the second mass shooting in Texas in less than a year, following a massacre at a rural church in November, when a man armed with an assault rifle shot dead 26 people.