Texas shooting: What we know about 17-year-old suspect Dimitrios Pagourtzis 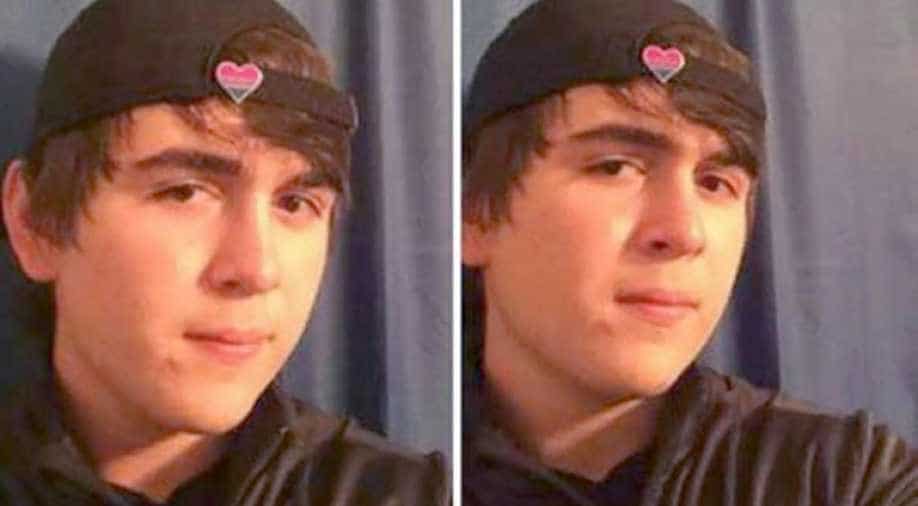 A 17-year-old high school student seemed to have been drawn to all things dangerous. Dimitrios Pagourtzis on Friday shot 10 people at his Texas high school. No one saw it coming.

The suspect is being held at Galveston County Jail on charges of capital murder, making him eligible for the death penalty. There is no bond set.

Dimitrios Pagourtzis seemed like a normal kid, had no criminal history or law enforcement. He wasn't known to own any guns. The shotgun and pistol were both registered to his father.

But, his social media portals showed something a little different - with pictures of T-shirts saying "born to kill" to pictures of a bed filled with weapons - giving hints that he had been planning the attack for a while. His Facebook and Instagram have now been deleted.

Police say the teenager detailed his plans to carry out the school shooting in a diary, on his computer, and on a mobile phone.

The boyish, clean-cut 17-year-old, is the son of a Greek immigrant apparently in the marine supply business. Fellow students at the school described him as "quiet" and someone who "kept to himself."

His post-high school plans were set: he indicated that he intended to join the US Marines after graduating in 2019.

The family lived in the plain about 30 miles (50 kilometers) southeast of Houston, a region that suffered some of the worst floodings from Hurricane Harvey last year.

In a state where high school football is king, "Dimitri" played as a defensive lineman for the last two years on the school's freshman and junior varsity teams. In October 2016, Pagourtzis was noted as playing “a huge role” in a 14-0 victory for the Santa Fe JV football team.

He was in a church dance club and did well academically. School officials say he was previously on the school's "honour roll" of high-achievers and was expected to graduate in 2019. According to local media, he was a member of a dance squad with a local Greek Orthodox church.

"He was very quiet. Stuck to himself," a teammate told local television. "I maybe have seen him get bullied a few times, but nothing too serious. For him to do something this catastrophic, it's crazy."

His Facebook page suggested a fascination with cult icons and symbols. His profile picture was taken from an album by a Paris-based techno musician known as "Perturbator" with a red inverted pentagram, seen often as a satanic symbol.

A picture of his black coat was posted on his Facebook page in which he described some of the symbols attached to it.

While there was no immediate confirmation, descriptions by students at the scene of the shooting suggested that was the jacket he wore.