Teacher loses her job for wearing a hijab in Canada's Quebec 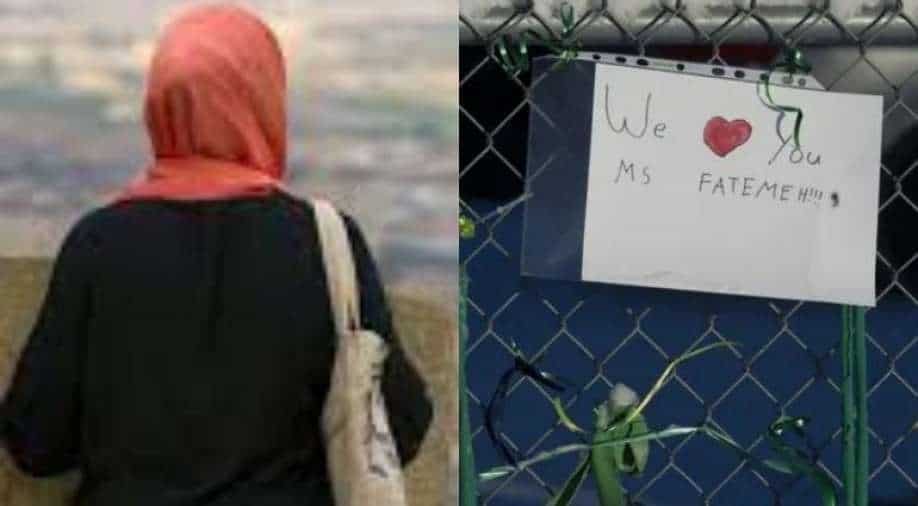 Students and staff at an Ottawa high school are sending messages of support to Fatemeh Anvari, removed from the classroom for wearing a hijab. Photograph:( Twitter )

Female teacher Fatemeh Anvari was told earlier this month she would no longer be allowed to teach Grade 3 at Chelsea Elementary School because of Bill 21, Quebec's law that bans the wearing of religious symbols by certain government employees deemed to be in positions of authority while at work.

Backlash and outcry erupted in Canada's Quebec after Fatemeh Anvari, a new Grade 3 teacher at Chelsea Elementary School, was fired for wearing a head covering known as a 'hijab,' which is worn by certain orthodox Muslim women as part of their religious practise.

The Muslim woman was asked to leave because Bill 21 in Quebec restricts the wearing of religious symbols and clothing while working for the government.

Quebec passed the bill into law in June 2019. Teachers in public schools are covered by the law.

Public officials in "positions of power," such as cops, attorneys, judges, bus drivers, doctors, social workers, and teachers, are prohibited from wearing religious symbols such as turbans, kippahs, and hijabs, according to the legislation.

However, the rule has a disproportionately negative impact on Muslim women and schools in the province, where 74.5 percent of teachers are women.

Anvari's dismissal sparked protests at her school, with students and staff wearing green ribbons and displaying placards in her support.

Federal MPs have expressed their displeasure with the decision to remove Anvari from the classroom and reassign her to a literacy project focused on diversity and inclusion.

Prime Minister Justin Trudeau said on Monday that no one should lose their job because of their faith, but he declined to intervene, claiming that he didn't want to inflame tensions between Quebec and the federal government.