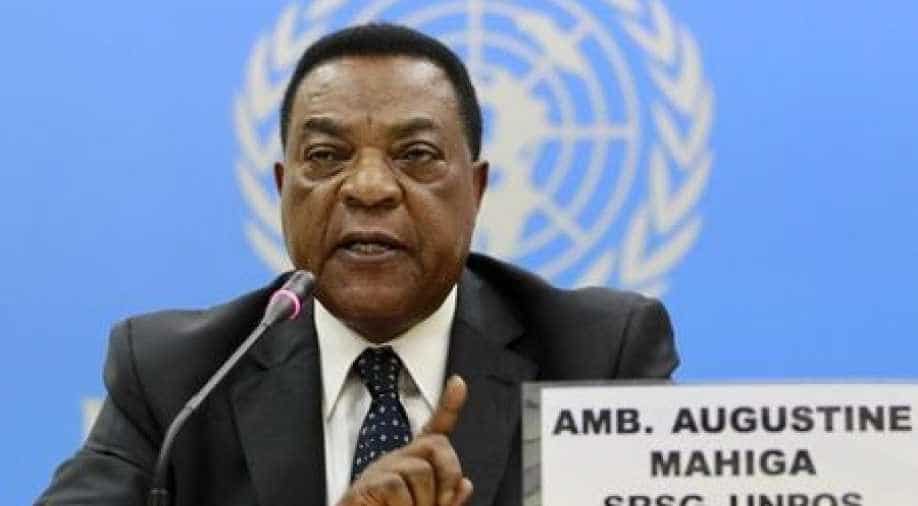 Tanzania and India have traditionally enjoyed close, friendly and cooperative relations. The country, located in eastern Africa, has the Indian Ocean to its west.

Mahiga backed the Indo-Pacific concept and admitted that Chinese debt is a concern for Africa. Here are excerpts from the interview.

Sidhant Sibal: How do you see India-Tanzania ties?
Dr Augustine Mahiga: India-Tanzania ties are very healthy. They go a long way, over 50 years. Historically, geographically and culturally, they are very strong ties. In fact what we doing is not only to cement the areas of cooperation but to expand the areas of cooperation. In the whole gambit of partnership — in trade, in investment, in technology, in capacity building, in cultural ties.

SS: Are India and Tanzania looking at an energy partnership? Did you discuss that with the external affairs minister?
AM: We discussed the modalities of working together. It is a sector that is expanding. There are many opportunities in the energy sector; not only covering oil and gas, covering solar, wind, coal and geothermal. There is diversity in various sources of energy. The prospects and opportunity for India to participate are boundless

SS: How do you see the Indo-Pacific construct? Will Tanzania back the concept?
AM: We need a maritime regime that is rules-based. We need freedom of movement. International trade is to a great extent maritime trade. This is an area where connectivity between the Indian and Pacific oceans must be encouraged and must be opened. India is strategically placed between the Indian and Pacific ocean. So any kind of international discussion on the right to shipping and opportunities for a maritime regime that will be unfettered and based on rules regulations, Tanzania ready to work with India and other countries in the Pacific and Indian Ocean.

SS: How do you see India vs China in Africa? Chinese debt has been a concern?
AM: Well, of course, there is room (for everyone). Africa is an emerging market and there is room for many countries to invest and do business with Africa. The debt issue is not only a concern to China but first and foremost a concern for Africa. It is important not to build up new debts. Our relationship with any country, not only China or India, but we also have to make sure the debt issue is properly managed.