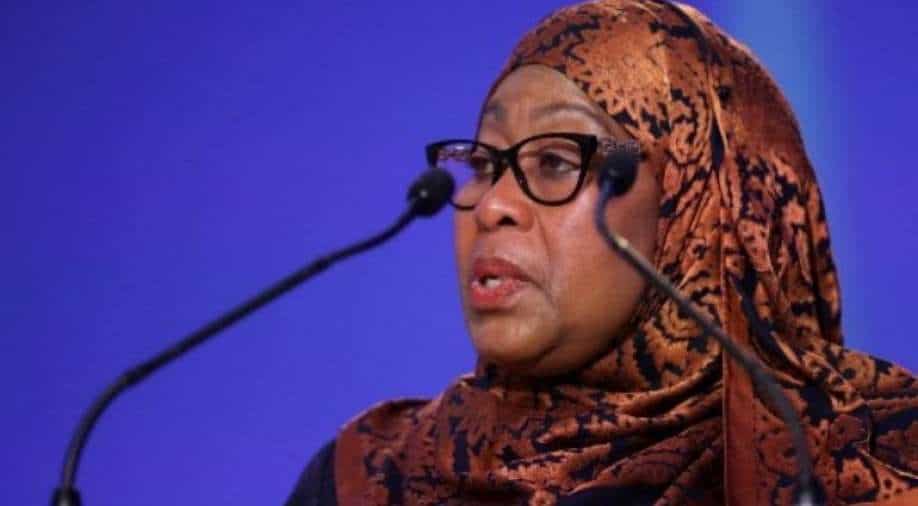 Tanzanian President Samia Suluhu Hassan and opposition leader Freeman Mbowe pledged to heal rifts and buttress democracy as they met hours after Mbowe was freed from jail in a surprise move.

Mbowe, chairman of the Chadema party, was arrested last July to face terrorism charges in a case his supporters said was politically motivated and aimed at crushing dissent.

Prosecutors suddenly dropped the charges on Friday and a Dar es Salaam court set Mbowe and his three co-accused free after seven months behind bars.

Hassan had increasingly come under pressure to dismiss the case, which raised concerns at home and abroad about the state of political and media freedoms in the country.

She "emphasised the need to collaborate to build the nation, through trust and mutual respect," the presidential office said in a statement late Friday after the two met.

"We had consensus that this country is for us all," Hassan said, referring to Mbowe as "our relative."

Mbowe thanked the president for "her concern," adding: "We have agreed to build trust between us and ensure democracy so as to move ahead with proper politics and help the government to do its duties nicely."

Since Hassan took power in March last year following the sudden death of her predecessor John Magufuli, who was nicknamed "Bulldozer" for his uncompromising leadership style, she has sought to break with some of his policies.

She reached out to the opposition, vowing to defend democracy and basic freedoms, and reopened media outlets that were banned under Magufuli.

But the arrest of Mbowe along with a number of other senior party officials just hours before they were to hold a public forum to demand constitutional reforms dimmed hopes she would turn the page on Magufuli's rule.

Recently however, the government has made conciliatory overtures to the opposition.

In February, Hassan met in Brussels with Chadema's deputy chairman Tundu Lissu, who was the party's candidate in the 2020 presidential election but lives in exile in Belgium following an attempt on his life in 2017.

Also last month, the government lifted a Magufuli-era ban on four Swahili-language newspapers, including Daima -- a daily owned by Mbowe.

The Opposition party Alliance for Change and Transparency (ACT Wazalendo) on Saturday lauded the truce between Hassan and Mbowe.

"This is leadership. The country is now coming together," the party's leader Zitto Kabwe said on Twitter.