Taiwan says China is an 'authoritarian' threat in the Pacific 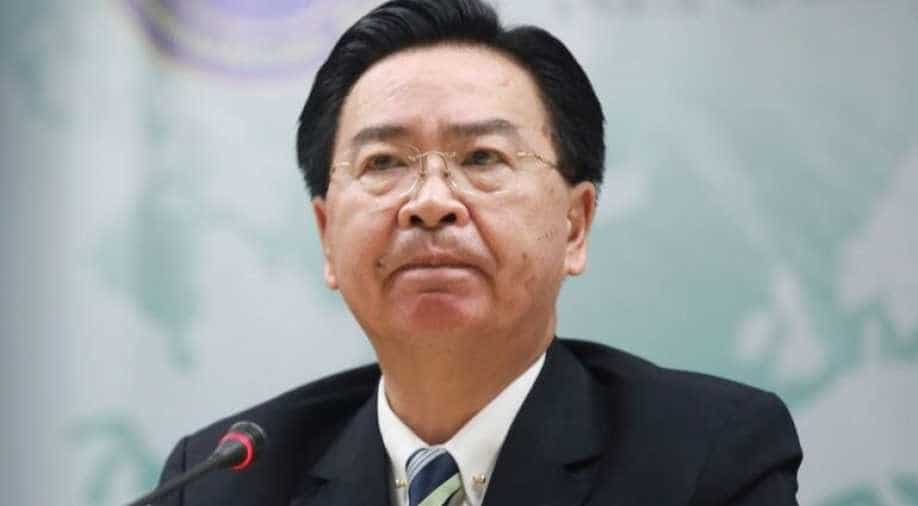 Taiwan said on Monday China was practicing "authoritarian expansionism" in the Pacific, pointing to reports of plans for Chinese military presence in two Pacific countries that have recently switched diplomatic allegiance to Beijing from Taipei.

"We have seen reports that China is interested in reopening this radar station in Kiribati, and building a naval base in Western Province of Solomon Islands," Foreign Minister Joseph Wu told a forum on cooperation among countries in the Pacific.

"From the long-term strategic perspective, like-minded friends and partners should really be worried whether the Pacific will remain free and open, and whether the key actors follow the rules-based international order."

The Solomon Islands and Kiribati decided to recognise China last month, dropping self-ruled and democratic Taiwan, which Beijing claims as its own province with no rights to state-to-state relations.

That reduced the number of its diplomatic allies in the Pacific to just four - Palau, the Marshall Islands, Tuvalu and Nauru. It now has formal diplomatic ties with just 15 nations in all.

Wu urged countries including the United States to "push back strongly" against China's moves to diminish Taiwan's presence in the Pacific.

"I certainly don't want to see the Pacific turned into another South China Sea, with us one day all sighing that it is too late for us to do anything," Wu said, referring to Chinese moves to build military installations on artificial islands and reefs in the disputed water.

China's Foreign Ministry was not immediately available for comment.

Diplomats attending the forum in Taipei include Sandra Oudkirk, US State Department deputy assistant secretary for Australia, New Zealand and the Pacific Islands.

Oudkirk's visit has been seen by some analysts and diplomats in Taiwan as an effort to shore up support for Taipei.

Taiwan has come under pressure from Beijing, which includes regular Chinese bomber patrols around the island, since President Tsai Ing-wen took office in 2016. China suspects Tsai of pushing for Taiwan's formal independence, a red line for Beijing.

Taiwan has accused China of trying to meddle in its upcoming presidential votes in January as Tsai is seeking re-election - an accusation which China denies.

The United States, which has a fraught relationship with China over trade, defence and technology issues, upholds what is known as the "one-China" policy - officially recognising Beijing and not Taipei - while assisting Taiwan.