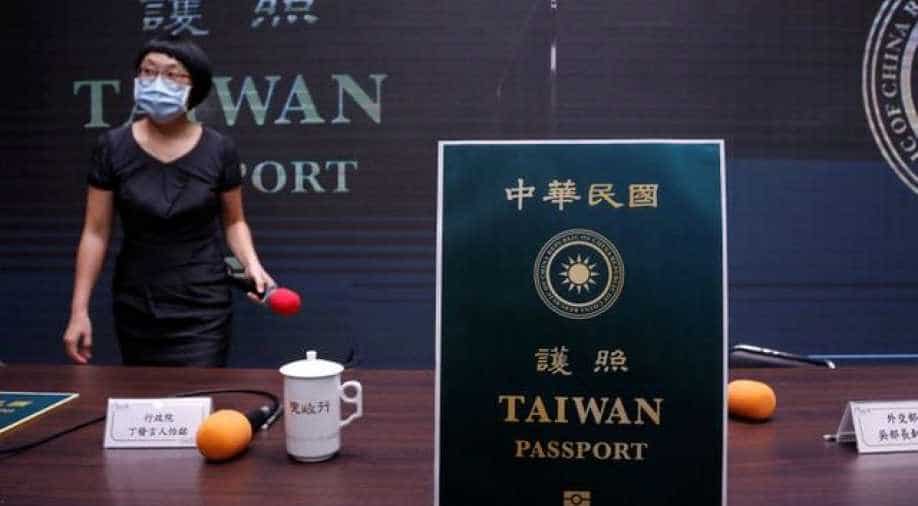 The new passport design enlarges the word “Taiwan” in English and removes the large English words “Republic of China”, though that name in Chinese and in small English font around the national emblem remain.

Taiwan has released a new passport design that gives greater prominence to the island’s name.

The country complained during the coronavirus outbreak that its nationals had encountered problems entering other countries, as Taiwanese passports have the words “Republic of China”, its formal name, written in large English font at the top, with “Taiwan” printed at the bottom.

The new passport design enlarges the word “Taiwan” in English and removes the large English words “Republic of China”, though that name in Chinese and in small English font around the national emblem remain.

At a press conference announcing the new design on Wednesday -- on the occasion of Taiwan National Day, Wu said the redesign was in response to a resolution passed by lawmakers in July that asked the Ministry of Foreign Affairs (MOFA) to highlight Taiwan over China on the passport cover.

China claims democratic Taiwan as its sovereign territory, and says only it has the right to speak for the island internationally, a position it has pushed strongly during the pandemic, especially at the World Health Organisation.

Taiwan Foreign Minister Joseph Wu had earlier said new passports were needed to prevent their nationals being mistaken for Chinese citizens, especially with the stepped up entry checks many countries have begun since the pandemic began.

The passport with the new cover design is scheduled to be issued on January 2021. People using existing passports can continue to use them until they expire.

Earlier in the day, President Tsai Ing-wen extended an olive branch at a time of heightened military tension with Beijing, saying Taiwan wants to have "meaningful dialogue" with China on an equal basis.