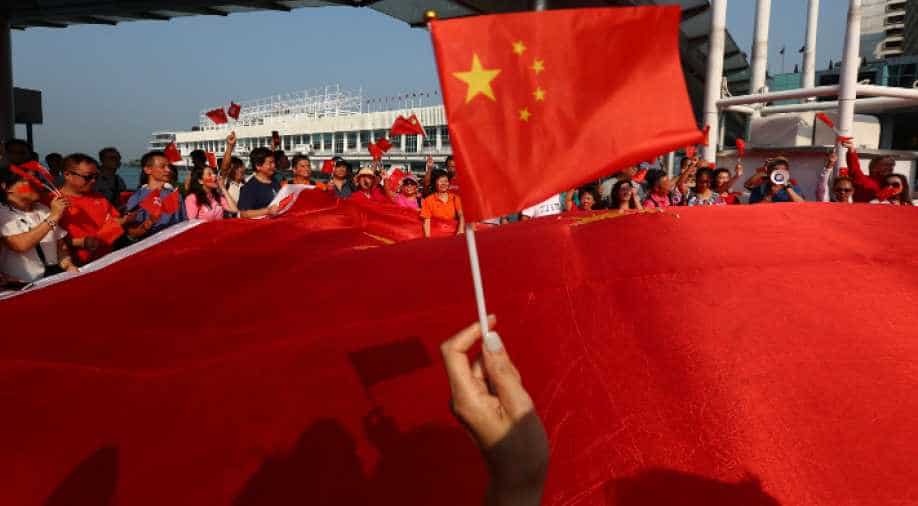 The allegations were made by a Chinese asylum seeker in Australia, Wang Liqiang, who said he was a Chinese spy. China says the man is a convicted fraudster

Taiwan is investigating two executives at a Hong Kong-listed company on suspicion of violating the country's National Security Act, prosecutors said on Tuesday, after they were named in a report about Chinese meddling.

The company, China Innovation Investment Ltd, said on Monday executive director Xiang Xin and alternate director Kung Ching had been stopped at Taipei's main airport and asked to cooperate in a probe into Australian media reports about Chinese interference in Hong Kong and Taiwan.

The allegations were made by a Chinese asylum seeker in Australia, Wang Liqiang, who said he was a Chinese spy. China says the man is a convicted fraudster.

Wang said he was part of an intelligence operation working within China Innovation Investment to infiltrate Hong Kong universities and media with pro-Communist Party operatives to counter the territory's democracy movement. He also gave details about Chinese efforts to meddle in Taiwan's political system and elections.

The company said the reports were "fictitious and forged" and that Wang had never been an employee. Hong Kong has been rocked by months of anti-government protests.

Xiang and Kung were referred to the Taipei District Prosecutors Office on Monday night for further investigation on suspicion of violating the National Security Act, office spokeswoman Chen Yu-ping said by telephone.

They have also been ordered not to leave Taiwan, she said.

The pair was being probed on suspicion of "developing an organisation" for foreign forces including the Chinese government, which carries a maximum sentence of five years in prison, Chen said.

"The two litigants were very cooperative ... We are looking into the purpose of their visit," she said, adding that the pair made frequent travels to Taiwan.

The company declined to comment on Tuesday and referred to its corporate filings. It said on Monday the two executives were staying Taiwan to cooperate with the investigation and had retained Taiwan lawyers, but it was not immediately clear who they were.

Xiang, a science and technology graduate from Nanjing University of Science and Technology, is the chairman of another Hong Kong-listed company, China Trends Holdings Ltd .

Taiwan's Investment Commission, which is under the Ministry of Economic Affairs, said on Monday the two executives had applied in December 2016 to invest T$100 million ($3.27 million) to set up a real estate company.

However, Taiwan rejected the application in April 2017 due to national security considerations, it said.

China Innovation Investment's company profile on the Hong Kong Stock Exchange website says it is a Kong-based investment holding company "principally engaged in the investment in dual usage of military and civil sectors".

The company's Hong Kong-listed stock price fell more than 6 per cent on Tuesday.

It was not clear if the company has operations in Taiwan.

Taiwan, claimed by China as its sacred territory, is already on high alert for Chinese attempts at disinformation and intimidation ahead of January 11 elections for the presidency and legislature.

President Tsai Ing-wen, who's seeking re-election in January, urged citizens in August to stay on alert for Chinese-financed media "infiltration" after a Reuters report of a Beijing-backed media campaign to purchase press coverage on the island.

Beijing has been cultivating networks of supporters in Taiwan and ramping up campaigns to lure Taiwanese with lucrative business opportunities ahead of the key elections, Reuters reported in June.