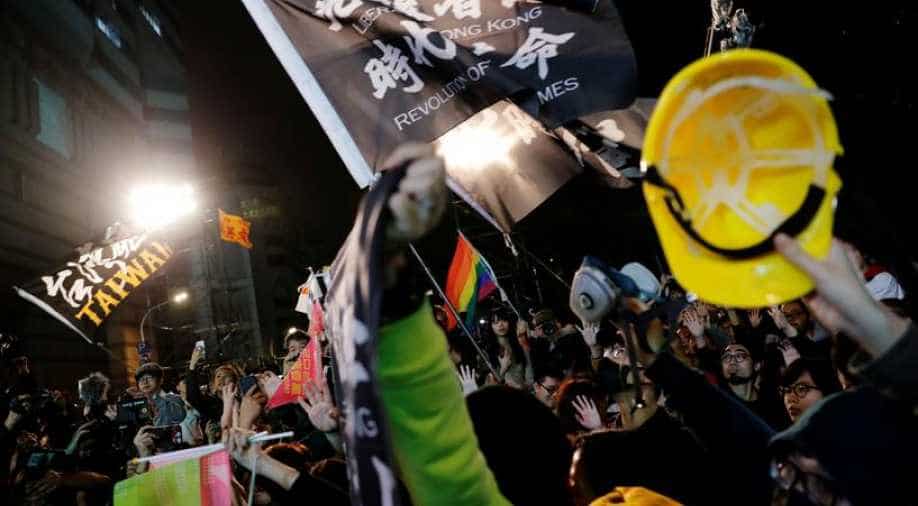 China, which claims democratically ruled Taiwan as its own territory, has repeatedly denounced Taipei for offering support to Chinese-administered Hong Kong's protest movement.

China, which claims democratically ruled Taiwan as its own territory, has repeatedly denounced Taipei for offering support to Chinese-administered Hong Kong's protest movement. According to China, the forces of Taiwan and Hong Kong independence are colluding to practise dissent.

Taiwan, on its part, says it has a duty to stand up for democracy and human rights.

Late Sunday, Chinese state television showed a documentary detailing what it said was a confession by Morrison Lee, who was arrested by police in Shenzhen on suspicion of breaching national security laws.

Also read | 'I am sorry': Taiwanese detained in China confesses on state TV

State television said Lee had gone to Hong Kong to support the protesters, and had then gone to Shenzhen to secretly film Chinese paramilitary police.

"I'm very sorry. I did many bad, wrong things in the past, perhaps harming the motherland and the country," Lee told the programme, dressed in prison garb.

"This is malicious political hyping up by the other side, entrapping one of our people into engaging in spying activities, deliberately damaging relations across the Taiwan Strait," it said.

China should stop trying to frame Taiwanese citizens, the council added, saying putting Lee on television was contrary to the legal process.

The spying accusations come as relations between Taipei and Beijing continue to nosedive, with China stepping up military drills near the island in recent weeks. Taiwan says it will not provoke China or seek war, but that it will defend itself and stand up for its democratic way of life.