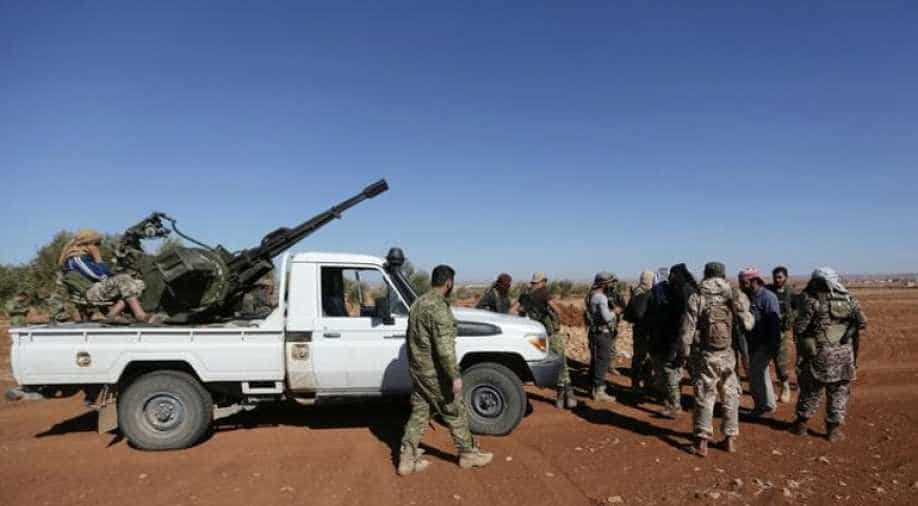 The artillery-backed offensive has spurred an exodus of tens of thousands of residents from the rebel-held east. Photograph:( Reuters )

Elite Syrian troops moved into east Aleppo today ahead of a push into the most densely populated areas, as regime ally Russia called for corridors to bring in aid and evacuate wounded.

Despite global criticism including the UN warning Aleppo risked becoming a "giant graveyard", government forces have pressed an assault to retake control of the divided city.

The artillery-backed offensive has spurred an exodus of tens of thousands of residents from the rebel-held east.

It has left Aleppo's streets strewn with the bodies of men, women and children, many lying next to the suitcases they had packed to escape.

Artillery fire continued on Thursday but subsided as heavy rainfall hit the city.

The assault has seen President Bashar al-Assad's forces make significant gains in the past week.

After overrunning the city's northeast, they were in control of 40 per cent of the territory once held by opposition forces in Aleppo, according to the Syrian Observatory for Human Rights.

"The regime is tightening the noose on the remaining section of east Aleppo under rebel control," Observatory head Rami Abdel Rahman told AFP.

He said hundreds of fighters from Syria's elite Republican Guard and Fourth Division arrived in Aleppo on Thursday "in preparation for street battles" in the densely populated southeast.

"They are moving in on the ground, but they are afraid of ambushes because of the density of both residents and fighters," he said.

The violence in Aleppo has sparked widespread outrage at the regime, but also at its steadfast supporter Moscow.

Russia announced "they want to sit down in Aleppo with our people there to discuss how we can use the four (humanitarian) corridors to evacuate people out," Jan Egeland, head of the UN-backed humanitarian taskforce for Syria, told reporters in Geneva.