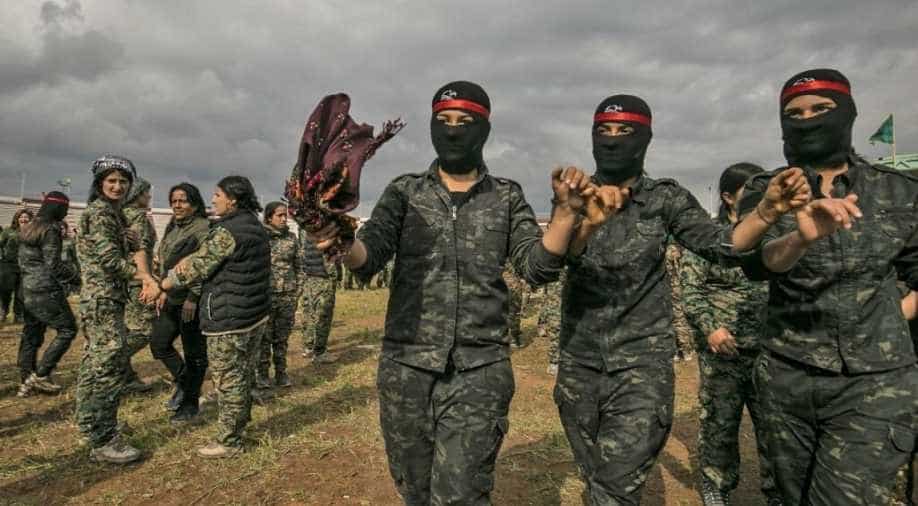 The prison houses approximately 3,000 suspected ISIS fighters in addition to almost 700 boys, who are being used by the Islamic State group as human shields

U.S.-backed Syrian Kurdish forces said they regained control Monday of part of a prison in northeast Syria that Islamic State fighters had held since an attack Friday but that hundreds of boys were still being held as hostages

The prison houses approximately 3,000 suspected ISIS fighters in addition to almost 700 boys, who are being used by the Islamic State group as human shields.

An official with the paramilitary forces said that the Islamic State was threatening to kill the boys if the United States and the Kurdish-led force continued the assault on the prison.

Hundreds of Islamic State fighters attacked the makeshift prison Friday in an effort to free their detained comrades in one of the boldest attacks by the group in the region since the fall of its so-called caliphate three years ago.

The Kurdish-led force, the Syrian Democratic Forces, said that it had recaptured one of the prison’s three buildings in a dawn raid Monday and that about 300 Islamic State fighters had surrendered but the detained boys remained at risk.

The Rojava Information Center, which is run by pro-Syrian Kurdish activists, said part of the complex was still under Islamic State control.

“We have some reports saying that ISIS is threatening to kill all the minors if we continue attacking them,” said Farhad Shami, an SDF spokesman.

He estimated that 25% of the complex was still under Islamic State control.

The United States has launched Apache helicopter airstrikes over the past three days to try to break the siege, killing an unknown number of prisoners.

The inmates include boys as young as 12, including Syrians, Iraqis and about 150 non-Arab foreigners. Some were transferred to the prison when they were deemed too old to remain in detention camps that held families of Islamic State suspects.

The siege of the Ghweran prison in Hasaka demonstrated that the Islamic State still had the ability to mount a coordinated military operation, despite its territorial defeat by the United States and international forces three years ago. At its peak, the jihadi group held territory the size of Britain straddling Iraq and Syria.

The commander of the Syrian Democratic Forces, Mazlum Kobani, said the Islamic State had mobilized sleeper cells and used suicide bombers to organize the breakout.

The SDF has complained for years that it lacked the ability to securely operate the prison, where Islamic State fighters were detained after they were vanquished from the battlefield in southeastern Syria three years ago. The prisoners hail from dozens of countries, most of which have refused to take them back.