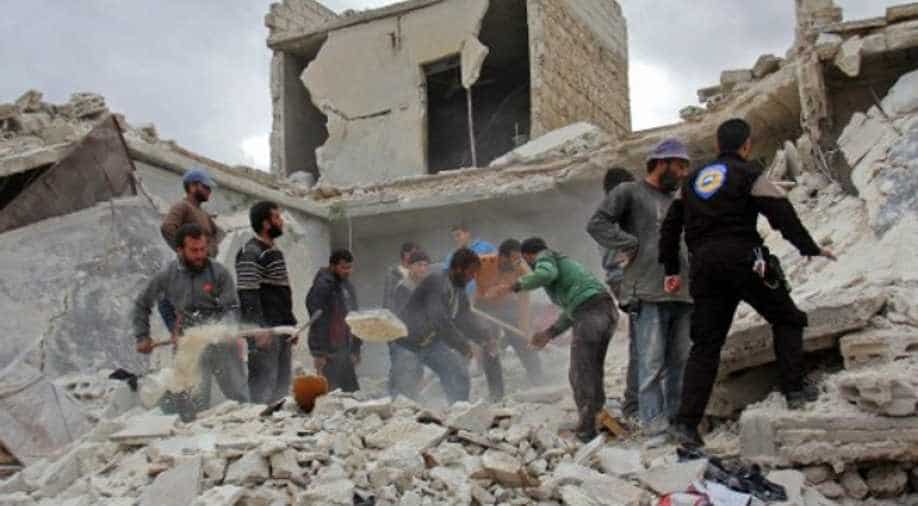 Once Syria's main commercial and industrial hub, Aleppo has been devastated by fighting since the rebels overran the east of the city in 2012. Photograph:( AFP )

The Syrian forces and their Russian allies have intensified a renewed offensive which began on Tuesday, in one of the most intense bombardments in the rebel-held east.

The Britain-based monitoring group said at least 65 civilians have been killed since the offensive resumed on Tuesday, after Russia declared an end to a month-long humanitarian pause.

For the fourth straight day the government aircraft and artillery pounded areas of Aleppo early Friday. More than 250,000 civilians that lived under siege spent the night in basements and bomb shelters.

An AFP correspondent reported that barrel bombs and other ordnance rained down on the city until midnight only to resume in the early hours, as part of the government assault on the southern neighbourhood of Sheikh Said.

The rebels retailiated by firing more than a dozen rockets into government-held areas of the city. The rebels have been besieged by the army since July and aid agencies say food stocks in the sector are virtually exhausted.