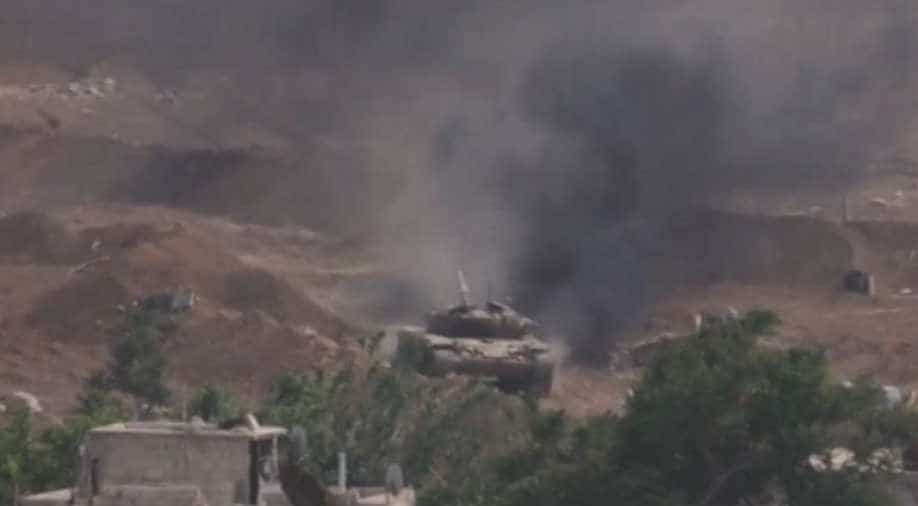 The Syrian army is continuing its operations in al-Qadam, south of the country's capital of Damascus.

The operations marked more security for the residential area and the industrial zone, all previously dominated by militants.

The advances helped the army make some progress in al-Qadam and west of al-Hajar al-Aswad.

A military correspondent Issa Issa said that the battle has a few hurdles yet to pass as there are a large number of tunnels on top of the battlefield being close to a residential area.

"The progress is slow. Firstly, because efforts are being made to guarantee residents' security. Secondly, because there are many tunnels and trenches, some of which are not controlled by the Syrian army," said Issa.

"The uniqueness of this battle is that the areas are adjacent to the densely-populated Damascus and its neighborhoods. Plus, it's a slum, with a lot of construction zones, which adds to the difficulty," Issa added.

Residents are happy to have the prospect of stability in the near future.

"We had lived here for a long time, thanks to the God. Since the army controlled it, we are eager to return to the camp and return to the areas of al-Qadam. We have jobs here and we have shops," said Mohammad Hazam, a local resident.

The appearance of the army has not only assured the locals, but also brought them closer to their former life.

"God protects the Syrian Arab army. We're here to protect them (soldiers), and they protect me, my shop and my job, and I will not leave my job ever. There are coffee shops, sawmills of wood and iron and aluminum, and vehicle chair processing factories. The distance is short between us and the army, and everyone can work now," said Ahmed Bardakani, owner of a local wood factory.

However, no laughter could be heard on the playgrounds, and people are still waiting for life to return to normal.