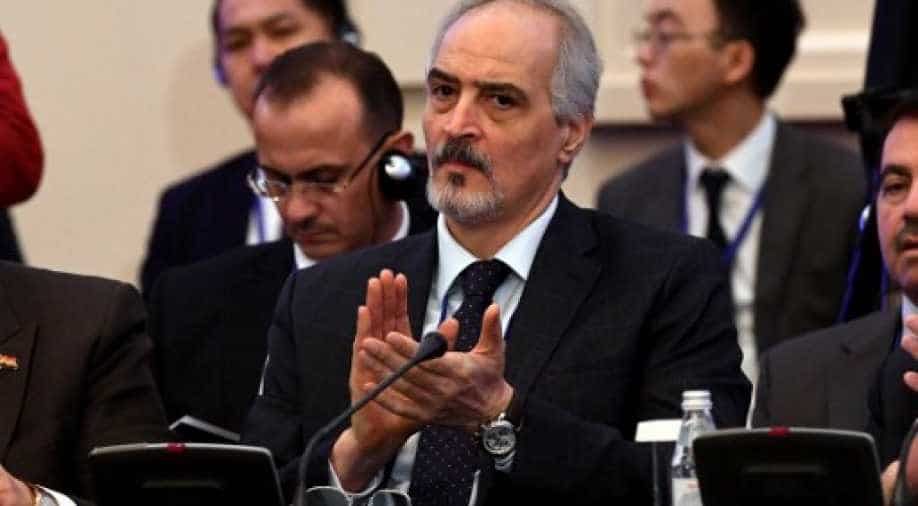 The peace talks are being held in Astana, Kazakhstan. In photo: The head of the Syrian government delegation, Bashar al-Jaafari. Photograph:( AFP )

The first day of the two-day Syrian negotiations in Astana ended on Monday with tensions running high, as the Syrian government delegation and rebels resorted to holding an indirect meeting.

The delegations were moved into two separate rooms. One is for the opposition and the Turkish representatives, and the other is for the government and the Russians

Instead, both sides spoke through intermediaries.

The delegations were moved into two separate rooms. One is for the opposition and the Turkish representatives, and the other is for the government and the Russians.

Issues about how to stabilise and uphold the ceasefire through dispatching monitors and surveillance equipment were discussed.

The three-week-long ceasefire across Syria has been fragile; brokered by Russia, Turkey and Iran, who have paved the way for these talks.

The opposition is demanding the release of detainees from government prisons.

These talks come a month after Syrian forces regained control of Aleppo, Syria's second-largest city, which had long been a bargaining chip for the rebels.

There is little expectation of a breakthrough heading into day two, yet these negotiations could set the tone for another round of U.N.-mediated talks in Geneva, Switzerland at the beginning of February.