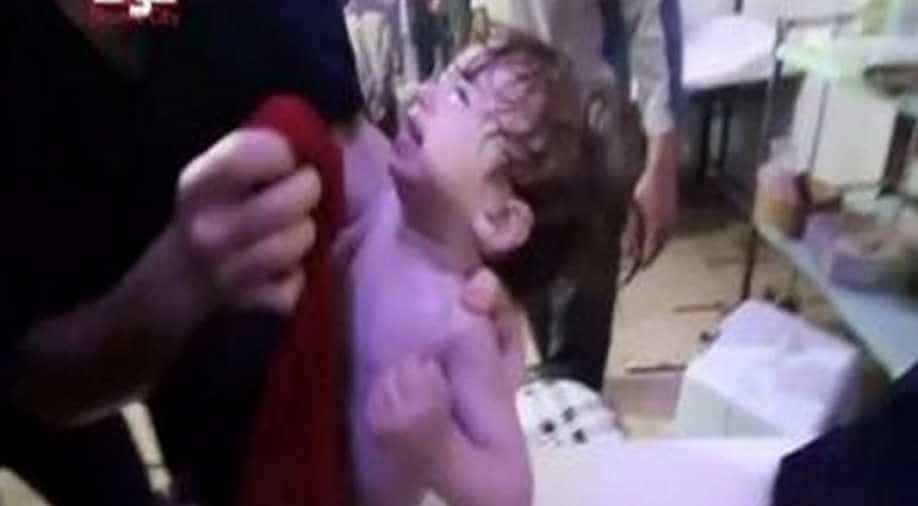 'The evaluation and analysis of all the above-referenced information gathered by the FFM provide reasonable grounds that the use of a toxic chemical as a weapon has taken place on 7 April 2018,' OPCW said.

Organisation for the Prohibition of Chemical Weapon (OPCW) on Friday revealed that chlorine was used during the April 2018 chemical attack in Syria's Douma.

"The evaluation and analysis of all the above-referenced information gathered by the FFM provide reasonable grounds that the use of a toxic chemical as a weapon has taken place on 7 April 2018. This toxic chemical contained reactive chlorine. The toxic chemical was likely molecular chlorine," the OPCW said in a statement.

On April 7, an unconfirmed chemical strike was carried out in Syria's Douma, a rebel-controlled town in Eastern Ghouta, claiming the lives of over 70 civilians, including children.

Amid the speculation that the chemical was used in the attack, the OPCW Fact-Finding Mission (FFM) which was set up in 2014 with an on-going mandate “to establish facts surrounding allegations of the use of toxic chemicals, reportedly chlorine, for hostile purposes in the Syrian Arab Republic”, initiated the investigation to ensure whether the chemical was used or not.

On 6 July 2018, OPCW issued an interim report on the investigation regarding the allegations of chemical weapons use in Douma in April 2018.

The White Helmets, a voluntary aide group, pinned the blame for the assault, which claimed more than 70 civilian lives, on the Syrian President Bashar al-Assad's regime.

However, the regime has rejected the claim, calling it a "fabrication" by Jaish al-Islam, the Islamist group controlling the area. Russia, which has backed Assad throughout the seven-year-long civil war, rejected the claim too.

The FFM has also previously determined that the use of chlorine, sulfur mustard, and sarin as chemical weapons took place in other incidents in Syria.