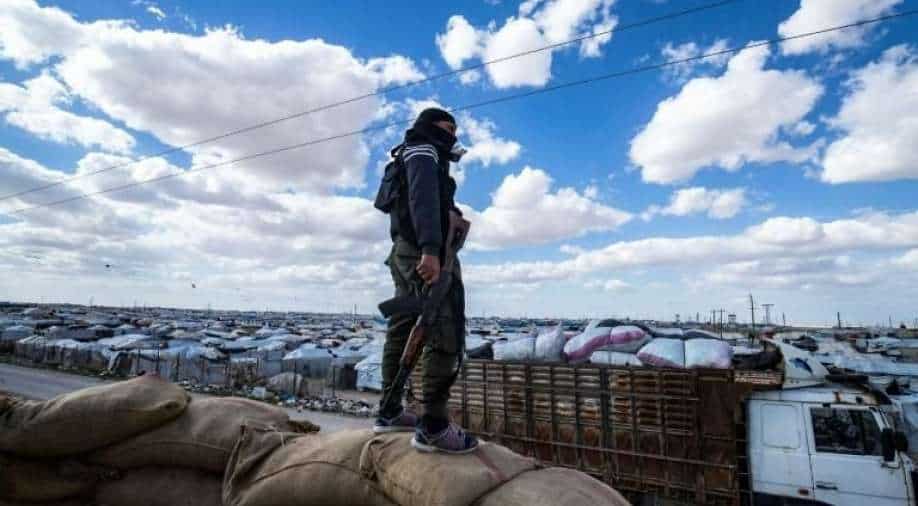 Kurdish forces made dozens of arrests in a security operation launched Sunday in a camp for suspected family members of Islamic State group militants in northeast Syria, a war monitor and Kurdish officials said.

It holds almost 62,000 people, mostly women and children, including Syrians, Iraqis and thousands from Europe and Asia suspected of family ties with IS fighters.

"More than thirty women and men have been arrested" in a sweeping anti-IS operation in and around the Al-Hol camp, said Rami Abdul Rahman, head of the Britain-based Syrian Observatory for Human Rights.

"The arrests are ongoing" as part of a days-long operation by the Syrian Democratic Forces (SDF), which is the Kurdish regional administration's main fighting force, the Kurdish YPG militia and a local police force, Abdul Rahman said.

Syrians and foreigners "suspected of supporting IS" have been arrested, he said.

SDF officials confirmed the operation, with one of them saying it would run at least 10 days.

An SDF statement said 5,000 security personnel were deployed in Al-Hol to "protect residents" during the sweep.

It said nine people, including an "ISIS leader" had been detained so far.

A video released by the YPG showed the militia marching off a group of men towards vehicles.

The US-led coalition battling IS said it was providing its SDF partners with "intelligence, surveillance, and reconnaissance" support.

"The purpose of this SDF operation is to degrade and disrupt Daesh activities within the camp," coalition spokesperson Wayne Marotto told AFP, using an Arabic acronym for IS.

In a separate statement, the coalition said the Kurdish operation also aimed to increase the security of NGOs working inside the camp.

The SDF and its coalition allies declared the defeat of a self-proclaimed IS "caliphate" in March 2019 after ousting jihadists from their last Syria stronghold in the eastern village of Baghouz.

Many IS fighters have since relocated to the vast Syrian desert near the border with Iraq, from where they continue to plan and execute attacks.

"The fall of the last patch of IS territory in northeast Syria does not mean complete defeat," the SDF said this week in a ceremony marking two years since their victory against jihadists in Baghouz.

"The danger of the IS group lives on in the thousands of prisoners held in jails as well as... their relatives detained in camps," it added.

Many Al-Hol residents see the camp as the last vestige of the IS proto-state that jihadists declared in 2014 across large swathes of both Syria and Iraq.

The Observatory has recorded around 40 murders in the camp since January.

Kurdish authorities say IS sympathisers are behind most of the murders, while humanitarian sources have said tribal disputes could be behind some of the killings.

Despite repeated calls by the UN and Kurdish authorities for countries to repatriate their nationals, only a small number of people, mostly children, have been allowed to return.

A Belgian expert warned this week that Kurdish forces were losing control of Al-Hol and called on Western nations to repatriate their nationals.

The jihadists are once again in charge, particularly among the estimated 10,000 "foreigners" in Al-Hol, Heidi De Pauw, director of the association Child Focus who has visited the camp, told AFP.

"We need to get the children home as quick as possible for both humanitarian and security reasons," De Pauw said.

In a report published last month, the UN said it had documented cases of "radicalisation, fundraising, training and incitement of external operations" at Al-Hol.

It also warned over the fate of the around 7,000 children living in a special annex designated for foreign IS relatives.

War in Syria has killed more than 388,000 people and displaced millions since the regime's brutal repression of anti-government protests in 2011.