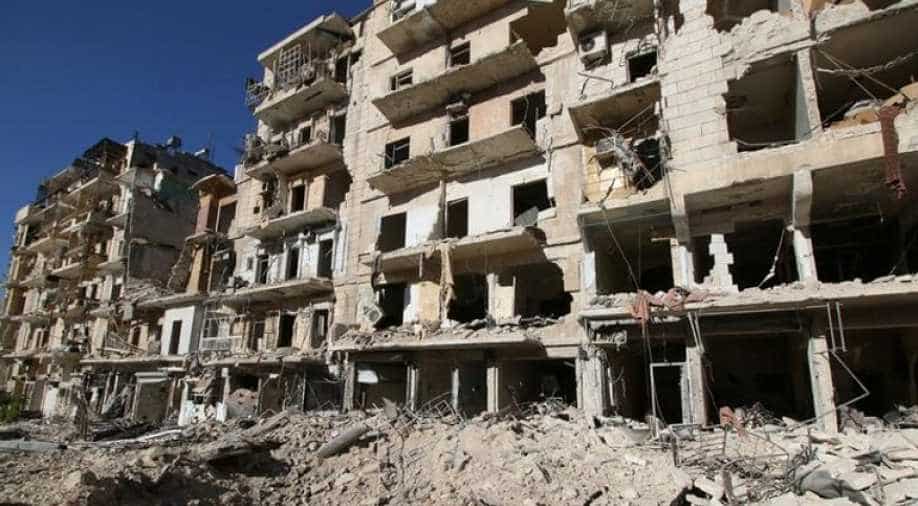 In less than 24 hours, the regime has seized three districts from the rebels just 13 days into an assault to retake the entire northern city. Photograph:( Reuters )

Syrian regime forces took control of six rebel-held districts in eastern Aleppo over the weekend as they advanced their offensive to recapture Syria's second city.

The monitor said that Inzarat, Al-Sakan al-Shaabi and Ain al-Tall have been taken over by government forces and the army has made large forays into Sakhur and nearby Haidariya.

It said government forces are "in control of most of the northern part" of Aleppo. The Observatory also reported that more than 4,000 civilians had fled east Aleppo overnight Saturday

"The rebels have lost at least 30 per cent of the territory they once controlled in Aleppo," Observatory head Rami Abdel Rahman said, news agency AFP reported. "It is the first exodus of this kind from east Aleppo since 2012."

Masaken Hanano was the first district to be taken by the rebels in 2012.

The regime has focussed its attention on the Sakhur as they pound rebel positions in the district.

Syrian state television broadcast images of a crowd gathered around green buses that it said had come to pick them up in Masaken Hanano, AFP said.

"We are strengthening our positions to defend the city and residents, but the aircraft are destroying everything methodically, area by area," Yasser al-Youssef, from the rebel group Nureddin al-Zinki, said of a regime campaign of air strikes, AFP reported.

The Syrian army had advanced in Aleppo on Friday, pounding rebel-held eastern neighbourhoods with air strikes and shelling.

Eight civilians were killed during regime shelling and air strikes in eastern Aleppo on Friday, the Britain-based Syrian Observatory for Human Rights said.

The regime bombardment has killed 225 civilians, including at least 27 children, in east Aleppo since November 15.

More than 250,000 civilians have been trapped under siege for months in rebel-held eastern Aleppo, with dwindling food and fuel supplies.