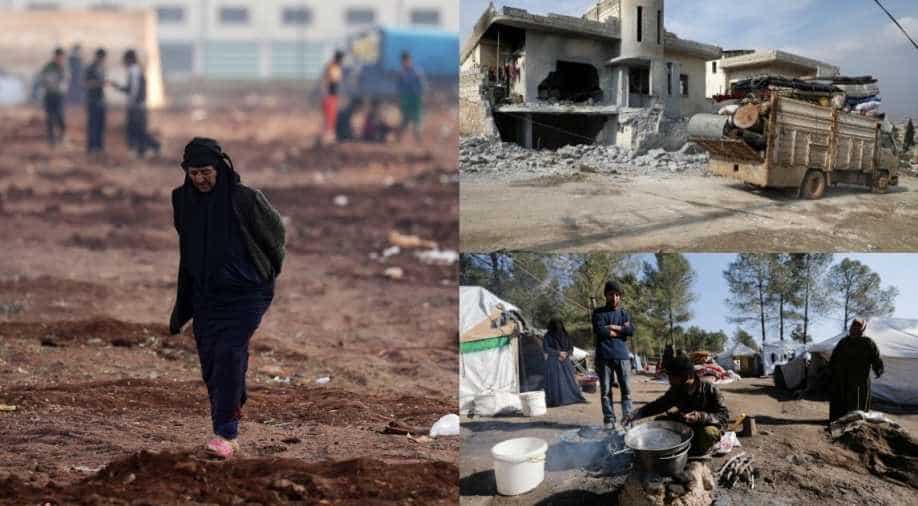 In an attempt to help Syria, over 60 governments and NGOs will attend a meeting lead by the European Union as the United Nations have sought 10 billion dollars for the country to fight the coronavirus pandemic.

The war in Syria is entering its tenth year and there seems to be no end to Syrians grief and pain from the ravaging violence. The war has resulted in an unprecedented food crisis and crumbling infrastructure.

Also read: India bans Chinese apps: What does the decision mean for Beijing?

As the Syrians continue to live in fear and despair, the coronavirus pandemic has further wreaked havoc in the country, as the health sector is in tatters.

In an attempt to help Syria, over 60 governments and NGOs will attend a meeting lead by the European Union as the United Nations have sought 10 billion dollars for the country to fight the coronavirus pandemic.

This is the tenth year of conflict and armed struggle in Syria. A fire fed by international actors and local groups. One of the deadliest in the century. The conflict broke out when Syrians took to the streets on March 15, 2011.

They were protesting against the government of President Bashar Al Assad. In response, the government launched a brutal crackdown. Rebel groups took shape turning a protest into a civil war.

By June 2013, 90 thousand people had been killed. International forces intervened and thus began a war which has killed over 380,000 people. And triggered the biggest refugee crisis since World War II.

The war divided global players. Russia and Iran back President Assad. The United States and Turkey support different rebel groups. Caught in the crossfire are the people of Syria.

More than 5.6 million people have fled the country and become international refugees. More than 6.5 million have been displaced internally. 9.3 million Syrians are fighting hunger.

70 per cent of the population doesn't have access to drinking water. Millions of children are out of school. Food prices have soared more than 200 per cent.

The World Health Organisation says over 90 per cent of the Syrian population lives on less than $2 a day making it one of the poorest countries in the world.

The so-called Islamic state tried to exploit the chaos. And declared a caliphate in 2014. Years of fighting have pushed them out of their last strongholds like Idlib.

But innocent Syrians have been collateral damage. The United Nations says there's evidence that all sides were guilty of war crimes including murder, torture and rape.

The Assad govt has been accused of using chemical weapons against its people. In 2013, the Sarin gas was used in Damascus, killing hundreds of people.

In 2014, chlorine was used. The ISIS has been accused of using sulphur mustard. Airstrikes have turned entire cities into ghost towns.

World population in 2100 could be 2 billion below UN projections: Study

Google sued over tracking in apps even when users opted out