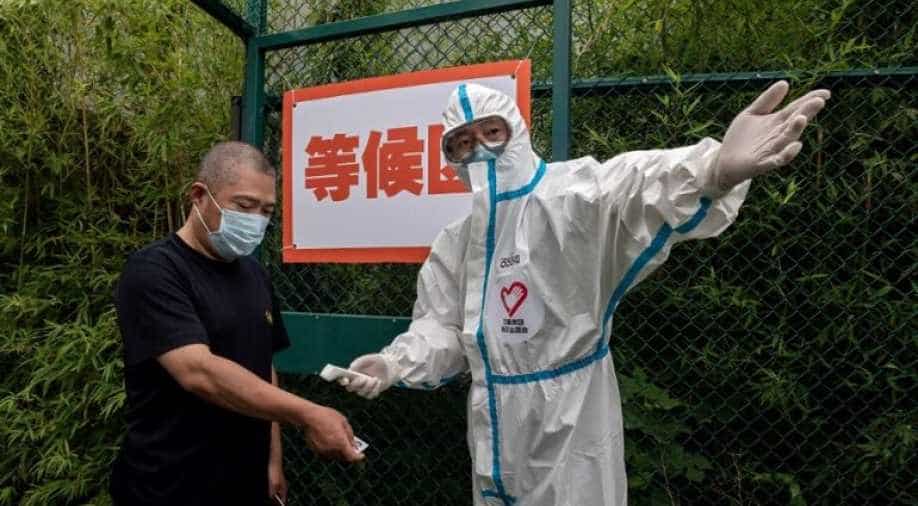 A man wearing a face mask gets his body temperature checked by a health worker wearing Personal Protective Equipment (PPE) as he walks into an outdoor area during a mass testing for the COVID-19 coronavirus at the Xinjiekou urban forest park testing site Photograph:( AFP )

Calling the source of any virus “very, very important”, WHO chief said that fighting a virus is easier when one knows everything about it

The World Health Organization (WHO) will soon send a team of experts to China to understand and analyse the origin of COVID-19, which has now infected over 10 million people worldwide. The WHO claims that a better understanding of the origin of the virus will facilitate its management and eradication.

“We can fight the virus better when we know everything about the virus, including how it started,” he added.

Also read: As China warns of another pandemic from pigs, WHO insists to 'not let our guard down'

The organisation intends to send a professional team to China next week. “We will be sending a team next week to China to prepare for that and we hope that that will lead into understanding how the virus started”, he further said.

Scientists are almost certain that the virus was transmitted from animals to humans. Emerging in Wuhan’s wet food market, the suspected carriers include bats, pangolins, etc. Meat of exotic animals is widely consumed in China, with many Chinese believing in the healing properties of animals.

Even though the WHO chief did not point out to the make-up of the team, and what its exact mission would be, he did warn that the virus was “speeding up”. He had earlier claimed that “the worst is still to come”, and called for a global effort instead of fragmented efforts.

Even though there is no official second-wave yet, cases have resurfaces with new clusters in the Chinese capital of Beijing, forcing the whole city into a lockdown. Here too, the cases emerged from a local meat market.

Also read: 'Pandemic is speeding up', warns WHO chief as reinfections surface globally

In the US, California, Texas, Florida, and Arizona reimposed restrictions on movement following a new surge in the number of cases, with many states recording their highest hospitalisations ever, reiterating the view of many professionals, who believe that the second-wave is usually more devastating than the first. New York governor recently asked president Donald Trump to make face coverings in public mandatory, something that was done in the UK very recently.

Countries like India and Brazil are now hitting the peak of their first-wave infections, inducting record cases everyday.

The US continues to remain the hardest hit country, with 2.6 million infections and over 126,131 deaths. Over 500,000 have died globally, with the number of cases expected to hit 11 million over the course of this week.