Swollen faces and crusty eyes: Birds in US struck with mysterious disease 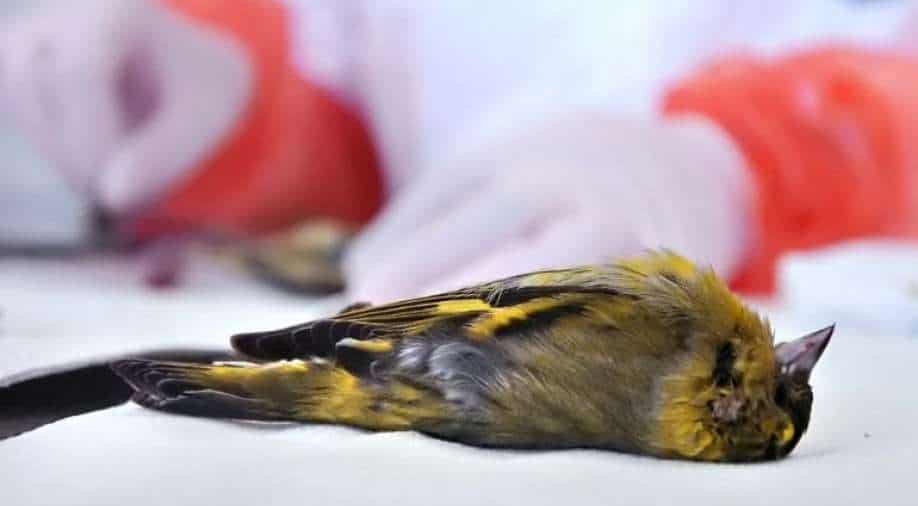 A mysterious illness has struck birds in South and Midwestern US. Photograph:( AFP )

A mysterious illness has struck birds in South and Midwestern US, killing many. The victims of this strange illness tend to suffer from weird crusty eyes, swollen up faces and an inability to fly.

Reports started pouring in back in late May. Wildlife managers from Virginia, Washington DC, Maryland and West Virginia first started receiving reports of sick and dying birds, described by the informers as having “eye swelling and crusty discharge”, and also having some neurological signs.

According to a US Geological Survey statement, “No definitive cause of death is identified at this time.”

Kentucky’s department of fish and wildlife resources has asked the public to report any encounter with a sick or dead bird via a new online reporting system. According to them so far, the species affected by this peculiar illness include Blue Jays, Common Grackles and European Starlings. Other S species can also be affected by it. As part of the investigation, more than twenty samples have already been sent out for testing.

On the other hand, Indiana based wildlife officials tested several birds for West Nile virus and Avian influenza, but all samples came back negative.

Ohio’s wildlife Centre has posted on social media website Facebook that the organisation has been admitting songbirds suffering from similar symptoms and that they are working with the relevant authorities to try and determine the cause behind this sickness afflicting local birds.

Also read | Why are thousands of migratory birds dropping dead across North America?

The United States Geological Survey (USGS) has recommended against feeding and/or handling birds until a cause is found behind this disease. According to them feeders and baths can serve as a medium of transmitting the disease from one bird to another. They recommend cleaning feeders and baths with a 10 per cent bleach solution.

While it remains unclear if birdbaths are linked to their mortality, the Centers for Disease Control and Prevention (CDC), had previously warned in April about a songbird related salmonella outbreak in several states. Eight people are reported to have been killed in this outbreak.

People have reported that birds seem to be behaving blind in this new disease outbreak and that they are not avoiding humans.

This disease and its related mortality come at a time when these Aves have already been facing an unprecedented challenge in the US. In only the last half-decade or fifty years, the nation has lost more than a quarter of its bird population (2019 study figures).

“This loss of bird abundance signals an urgent need to address threats to avert future avifaunal collapse and associated loss of ecosystem integrity, function, and services.” says the study.