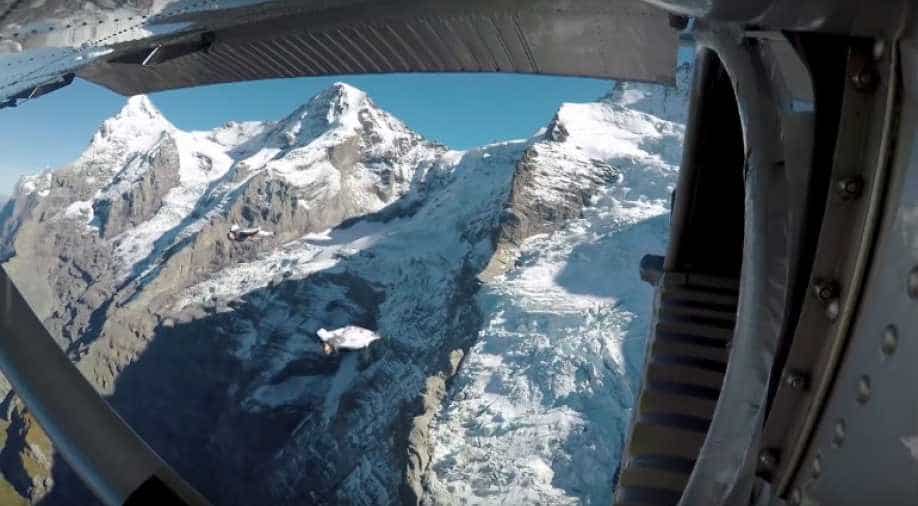 A view from inside the plane showing the two skydivers getting ready to get inside. (YouTube video grab) Photograph:(Others)
Follow Us

Four people, including one child, died when their plane crashed into the mountain, one kilometre from where another pilot of a glider also died.

Five people died when a glider and a small plane crashed in the Swiss Alps at the weekend, police said Monday, adding that they were investigating whether the two accidents were linked.

A small plane with the pilot and three other people on board, including a child, crashed on the Piz Nair mountain in eastern Switzerland on Saturday, killing everyone on board, regional police in the canton of Graubunden said in a statement.

The wreckage was found on Sunday by rescue workers out looking for a glider that crashed nearby on Saturday, killing the pilot.

The glider had crashed about one kilometre away from where the plane was found, at an altitude of 2,700 metres (8,850 feet) above the village of Bivio.

Poor weather had made it impossible for rescue workers to access that crash site when they first got the call Saturday evening.

The formal identification of the victims had yet to be completed on Monday, the police statement said.

The Swiss Transportation Safety Investigation Board (STSB) was investigating the cause of the accidents, including whether there was a connection between them, it added.