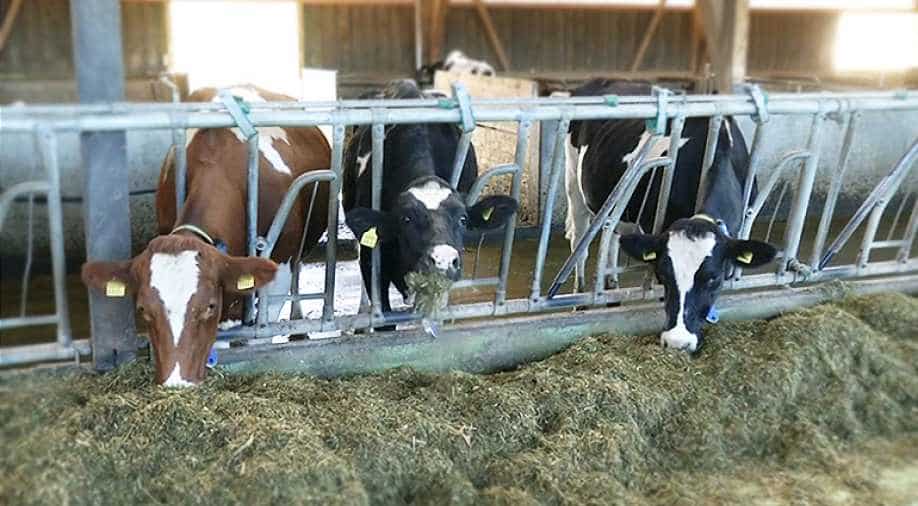 The government had opposed the motion, which would have enshrined subsidies into the constitution, but agricultural workers were split.

Swiss voters look set to reject a proposal to subsidise farmers who let the horns on their cows and goats grow rather than removing them, Swiss broadcaster SRF said on Sunday.

The initiative to preserve "the dignity of livestock" was led by farmer Armin Capaul, who has sparked a national debate on animal rights following a campaign which began nine years ago after he "listened" to his herd.

Preliminary results after the polls closed showed 53 per cent against with 47 per cent in favour, SRF reported.

Three-quarters of Swiss cows, a national symbol and tourist attraction, are dehorned or genetically hornless. Calves are dehorned with a red-hot iron which causes smoke and a burning odour in a procedure critics say causes pain.

The government had opposed the motion, which would have enshrined subsidies into the constitution, but agricultural workers were split, with even the Swiss farmers` union refraining from giving a recommendation to its 52,000 members.

Capaul collected more than 100,000 signatures to trigger a national vote after years of political lobbying failed. His supporters liken the dehorning to castrating cats or dogs and argue it is a safety issue for other animals and farmers.

The Swiss government opposed Capaul`s move to get a 190 Swiss franc ($191.65) annual subsidy per horned animal for farmers, saying it would drain up to 30 million francs from its 3 billion franc annual agricultural budget.

"When you look at them they always hold their head high and are proud. When you remove the horns, they are sad," Capaul, a bearded 66-year-old, told Reuters last week on his small farm in northwestern Switzerland.