Swiss to vote on referendum on banning face veils 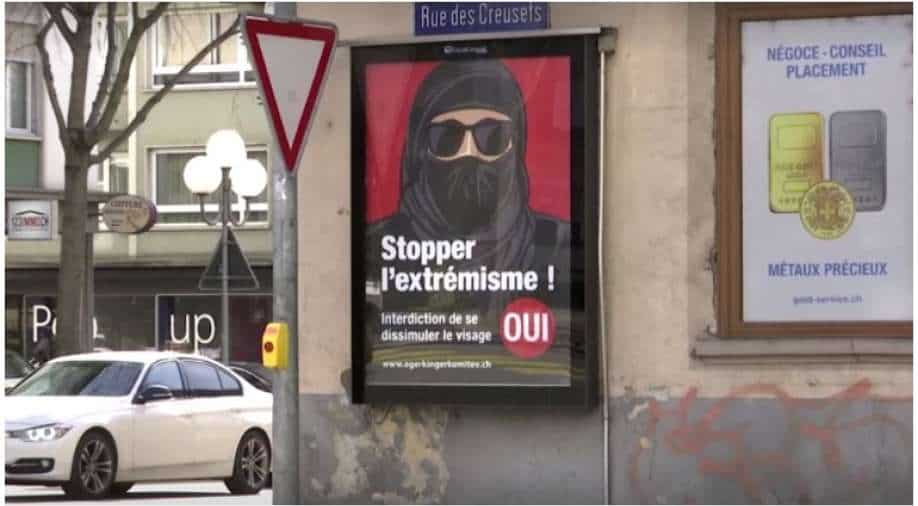 A poster in Switzerland on the referendum Photograph:( Reuters )

Voters in Switzerland will vote on Sunday, March 7 to decide whether wearing full-face coverings in public should be banned. This will be a binding national referendum. Some sections of Swiss society have termed the referendum as Islamophobic.

Red billboards picturing a scowling woman wearing a black headscarf and face veil with the phrase, "Stop Extremism!", have appeared in Swiss streets as part of the campaign led by several parties in Switzerland, including the right-wing Swiss People's Party (SVP).

"This (niqab wearing) is something that we find shocking. It is fundamentally in opposition with various values of our civilisation, simply because, for us, free people show their faces in all circumstances outside," said Jean-Luc Addor, an SVP member of parliament and head of the French-speaking branch of the referendum committee.

The proposal predates the COVID-19 pandemic, which has seen all adults forced to don masks in many settings to prevent the spread of infection. It gathered the necessary support to trigger a referendum in 2017.

The referendum does not mention Islam directly and also seeks to stop street brawls involving football fans wearing masks. However, local politicians, media and campaigners have started calling the referendum as being for a 'burqa ban'.

Meanwhile, Zurich police fired tear gas shells at feminist rally. As per reports, police had warned ahead of the planned protest rally against congregating. However, when demonstrators started congregating in different parts of the city the police used tear gas.