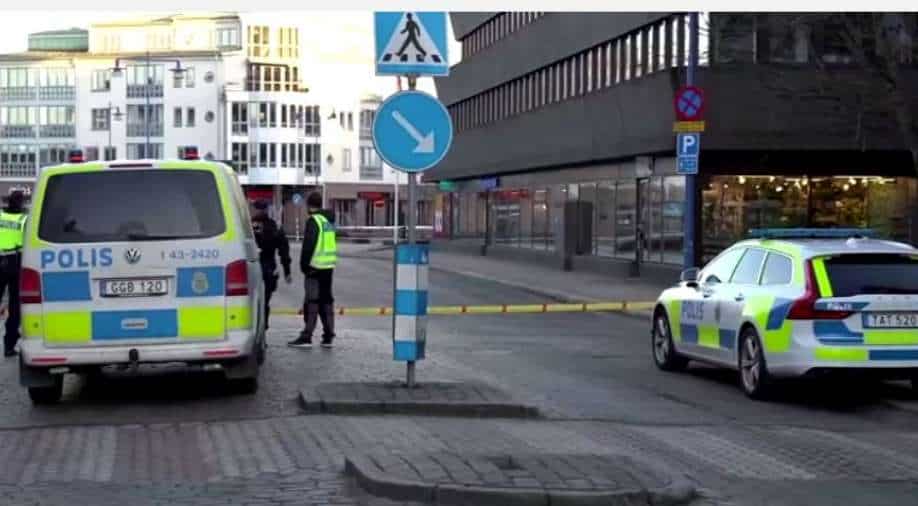 The regional police chief said it was working closely with the Swedish intelligence service to solve the stabbing incident in Vetlanda.

Swedish police on Thursday opened "suspected terrorist" investigation after a man stabbed eight people with a knife in the city of Vetlanda.

At least eight people were injured in the incident as the assailant was taken to the hospital after being shot in the leg by police. Authorities said three people were in life threatening condition after the stabbing attack

"There are details in the investigation that have led us to investigate whether there was a terror motive," Malena Grann,  regional police chief said after initially treating the incident as "attempted murder".

The police chief added it was working closely with the Swedish intelligence service Sapo.

The man was reportedly suspected of petty crimes in the past and was a resident of the area and previously known to police. The motive of the attack is still unclear as the police continues its investigation.

"We face these despicable actions with the combined force of the community," Swedish Prime Minister Stefan Lofven said, adding,"We are reminded of how frail our safe existence is."

Sweden has faced two terror incidents in the past. In 2010, a man had carried out a suicide bomb attack in the centre of Stockholm. In April 2017, a man had mowed down pedestrians in Stockholm with a stolen truck, killing five people.