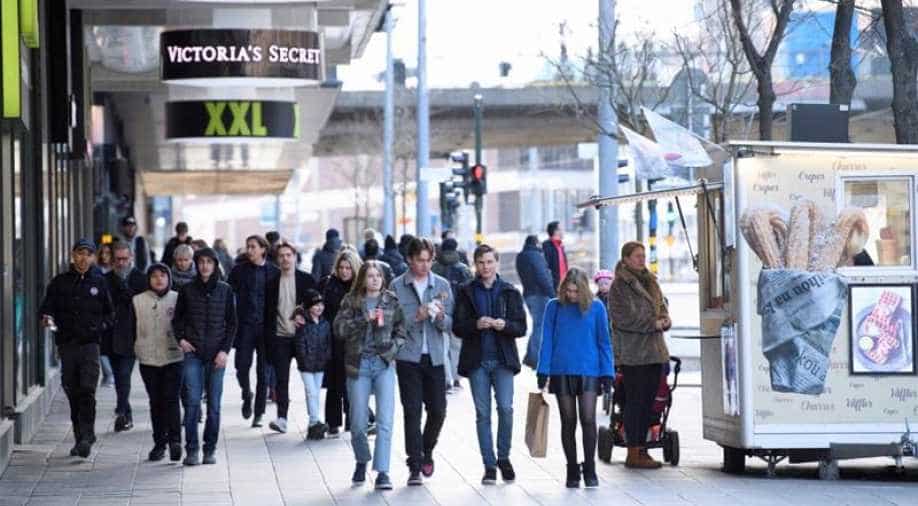 The country has adopted a different strategy to other Nordic nations during the pandemic, choosing to avoid a lockdown and keeping most schools, restaurants, salons and bars open.

Sweden has revealed that despite adopting more relaxed measures to curb COVID-19, merely 7.3 per cent of Stockholm’s inhabitants had developed Covid-19 antibodies by the end of April, according to recent study.

The study carried out by Sweden's Public Health Agency determined the potential 'herd immunity' in the population, based on 1,118 tests carried out in one week.

The research showed the country is well below the 70-90 per cent needed to create herd immunity in a population.

Herd immunity occurs when a large enough percentage of a population becomes immune to a virus, either through infection or vaccination, thus preventing further spread throughout the group.

In April, officials estimated one third of Stockholm residents would have developed antibodies to the coronavirus by early May, subsequently suggesting that the capital could reach herd immunity of between 40 per cent and 60 per cent by the middle of June.

Sweden’s state epidemiologist, Anders Tegnell,said ''it means either the calculations made by the agency and myself are quite wrong, which is possible, but if that’s the case it’s surprising they are so wrong. Or more people have been infected than developed.antibodies.''

The country has adopted a different strategy to other Nordic nations during the pandemic, choosing to avoid a lockdown and keeping most schools, restaurants, salons and bars open. It did, however, ask people to refrain from making long journeys, placing an emphasis on personal responsibility.

The strategy was criticized by Swedish researchers early on, who said that attempting to create herd immunity had low support. But the authorities denied that achieving herd immunity was their goal.