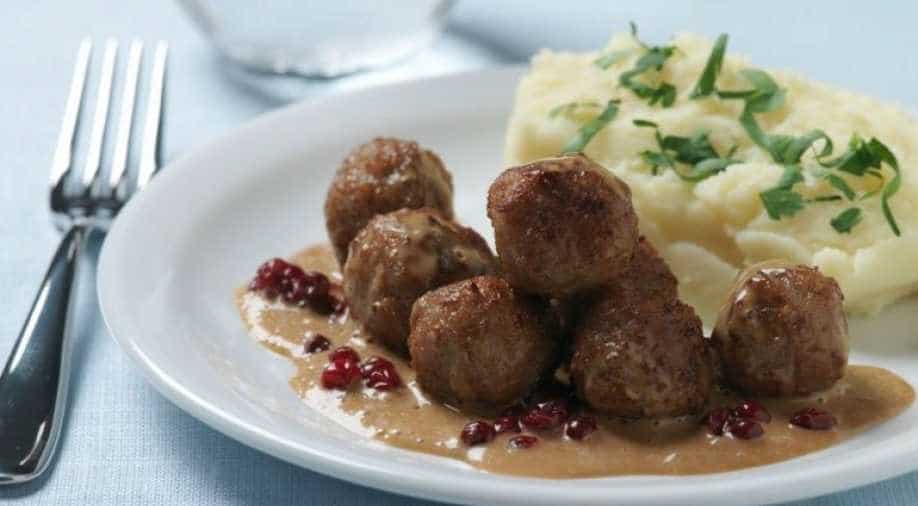 The Swedish staples, Kåldolmar (spicy lamb and beef meatballs), Köttbullar (stuffed cabbage delicacy) may have also been borrowed from Turkey

Sweden recently woke up to a bitter reality when the country's official Twitter account posted stating that one of its best-loved delicacies, meatballs, was actually Turkish.

The Twitter handle, last week, shared that the traditional Swedish meatballs recipe was based "on a recipe King Charles XII brought home from Turkey in the early 18th century."

Swedish meatballs are actually based on a recipe King Charles XII brought home from Turkey in the early 18th century. Let's stick to the facts! pic.twitter.com/JuTDEjq9MM

Shortly after the fact was shared by the Swedish government, Turkey’s international television news channel, TRT World, posted a video from its Twitter handle.

According to the video, after Russia invaded Sweden in the 18th century, "the Turks welcomed Swedish King Charles XII who was forced to flee his country. The King's exile in the Ottoman Empire led to Sweden's introduction to new tastes. King Charles took the meatball recipe, coffee beans and stuffed cabbage when he returned to Sweden and changed Swedish cuisine forever".

It has now come to light that the Swedish staples, Kåldolmar (spicy lamb and beef meatballs), Köttbullar (stuffed cabbage delicacy) and even the traditional concept of having coffee along with pastries and other tidbits called Fika, may have also been borrowed from Turkey.

The finding triggered a tsunami of reactions on social media with some stating that the revelation has changed their lives forever.

I'm a Turkish man and I love Swedish meatballs ❤️. Thanks for your honesty. ⚖️??

Not to mention the heartbreak suffered by those who could vouch for the delicious meatballs served at IKEA.

The Swedish-founded Dutch giant -- that is world-renowned for its home and kitchen furnishing -- introduced Swedish meatballs at food courts located at its stores almost over three decades back.

The most popular item on IKEA'S menu is also the hottest selling delicacy today for which a person needs to shell out at least $5.99 per plate.

It is estimated that a whopping two million meatballs are eaten in IKEA's 340 stores worldwide every day.