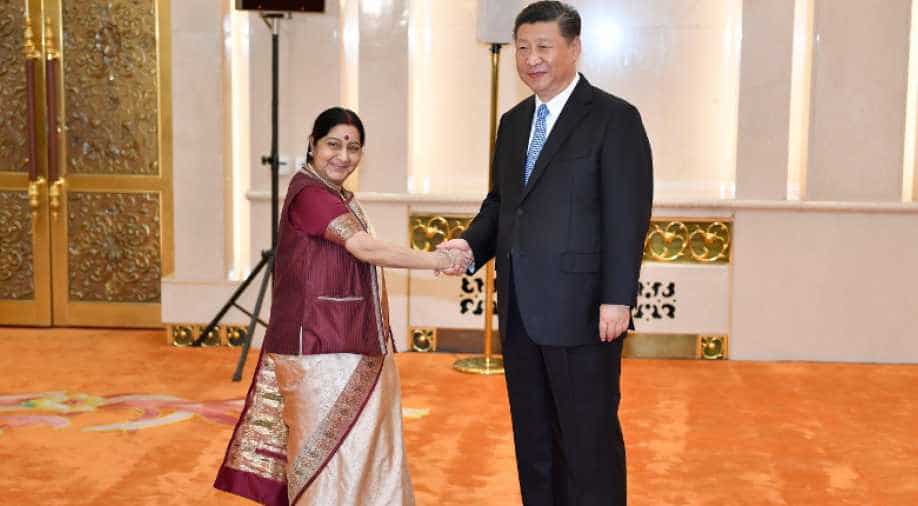 India's latest connect with China comes in the backdrop of China, US face-off on trade issues

Swaraj who is on a four-day visit to China for the Shanghai Cooperation Organisation (SCO) had met China's vice president Wang Qishan at Zhongnanhai on Monday afternoon.

On Sunday, Sushma Swaraj had met her Chinese counterpart Wang Yi and announced that PM Modi and President Xi will meet in Wuhan on April 27-28.

India's latest connect with China comes in the backdrop of China, US face-off on trade issues with the Communist state keen to improve relations with India focussing on trade and investment.

The Chinese side is keen to "reset" relations with India after both countries were involved in a huge border row over Doklam last year.

India's Prime Minister Narendra Modi is expected to discuss the Doklam issue with President Xi when he visits Beijing in on Friday with both sides eager to carve a new relationship.