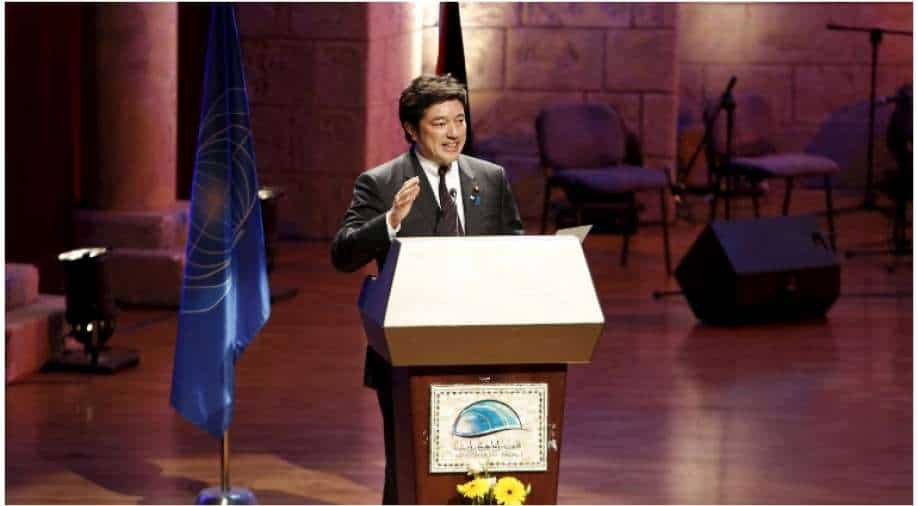 Japan's engagement with Taiwan has also flourished in recent years on a largely non-governmental basis. Tokyo maintains a "one China" policy, delicately balancing its relationships with neighbouring giant China and its longtime military ally in Washington

Japan's deputy defence minister said in an interview that Taiwan's safety was a 'red line' and urged US President-elect Joe Biden to "be strong" in supporting it.

Deputy defence minister Yasuhide Nakayama urged Biden to take a position similar to current president Donald Trump who has significantly boosted military sales to Taiwan. China claims Taiwan as its own and considers it a province.

Japan's engagement with Taiwan has also flourished in recent years on a largely non-governmental basis. Tokyo maintains a "one China" policy, delicately balancing its relationships with neighbouring giant China and its longtime military ally in Washington.

Japan shares strategic interests with Taiwan, which sits in sea lanes through which much of Japan's energy supplies and trade flow.

"So far, I haven't yet seen a clear policy or an announcement on Taiwan from Joe Biden. I would like to hear it quickly, then we can also prepare our response on Taiwan in accordance," Nakayama said.

During the presidential campaign, Biden called for strengthening ties with Taiwan and other "like-minded democracies."

Decades ago as senator, Biden questioned whether the United States had an "obligation" to defend Taiwan. But many in his foreign policy circles acknowledge that U.S. imperatives have changed as a rising, authoritarian China has become more assertive and sought to shape global institutions.

An official in Biden's transition team said the president-elect believes U.S. support for Taiwan "must remain strong, principled, and bipartisan."

Beijing has been angered by increased U.S. support for Taiwan, including arms sales and visits to Taipei by senior U.S. officials, further straining already poor Sino-U.S. ties. China considers democratically run Taiwan one of its provinces and has never renounced the use of force to bring it under Beijing's control.