Sudan warns of legal action against Ethiopia over dam 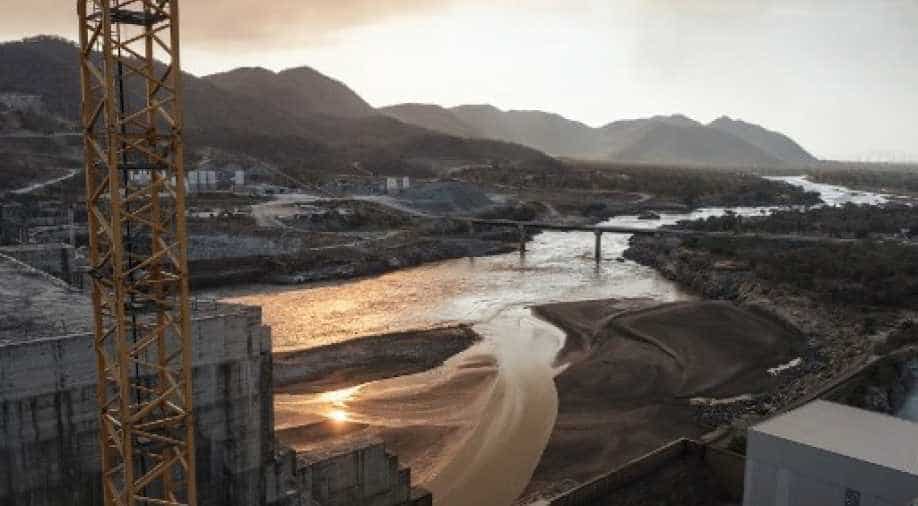 Egypt, Sudan, and Ethiopia have been locked in inconclusive talks for nearly a decade over the filling and operation of the Grand Ethiopian Renaissance Dam (GERD) which broke ground in 2011

Sudan warned Friday it could take legal action against Ethiopia if it goes ahead with plans to fill a mega-dam on the Blue Nile without a deal with Khartoum and Cairo.

Water Minister Yasser Abbas also said in a tweet that Ethiopia has raised "objections" to an invitation by Sudan to attend three-way talks to discuss the controversial dam.

Egypt, Sudan, and Ethiopia have been locked in inconclusive talks for nearly a decade over the filling and operation of the Grand Ethiopian Renaissance Dam (GERD) which broke ground in 2011. Cairo has regarded the dam as an existential threat to its water supplies, while Khartoum fears its own dams would be harmed if Ethiopia fills the reservoir without a deal.

Last week, Sudan's Prime Minister Abdalla Hamdok invited his Egyptian and Ethiopian counterparts to a closed meeting after recent African Union-sponsored negotiations failed to produce a deal. Ethiopia has objected to the invitation of Sudanese prime minister Abdalla Hamdok for a three-way summit and we see that there is no justification for that," Abbas tweeted.

Addis Ababa announced last July that it had filled part of the barrage with a second stage due to take place this coming July, even if no agreement has been with Cairo and Khartoum. If Ethiopia goes ahead with the filling, Sudan "would file lawsuits against the Italian company constructing the dam and the Ethiopian government", Abbas warned. He said the lawsuits would highlight that the "environmental and social impact as well as the dangers of the dam" have not been taken into adequate consideration.

In March, Sudan said it has accepted an offer by the United Arab Emirates to mediate with Ethiopia over GERD and the contested border region.

Abbas said the UAE's initiative included investment opportunities in the Fashaga region as well as "unofficial bid to bridge the gap in views with regard to GERD".