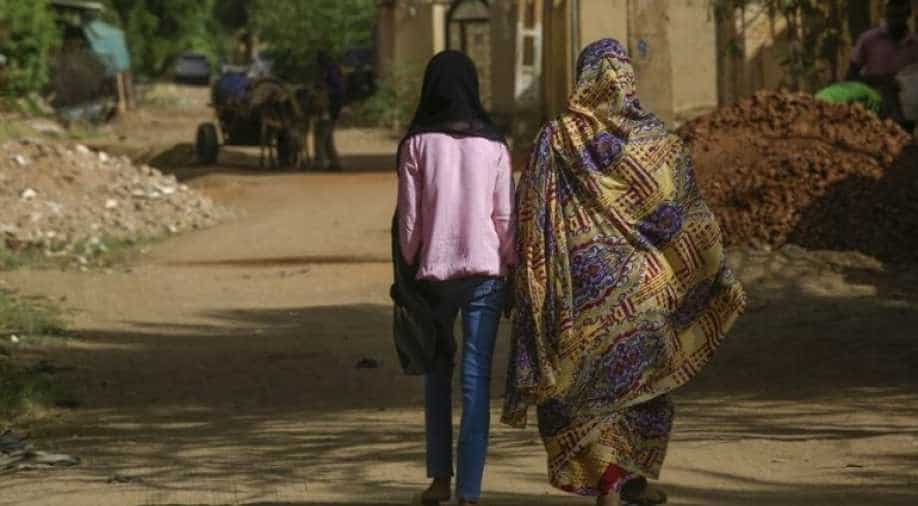 A Sudanese woman and a youth walk together in the capital Khartoum's district of Jureif Ghar amid movement restrictions aimed to curb the spread of COVID-19 coronavirus, on May 5, 2020. Photograph:( AFP )

Sudan's Law Minister Nasredeen Abdulbari has announced that female genital mutilation (FGM) will be banned throughout the country, and women will no longer need a permit to travel. Non-Muslims will also be allowed to drink alcohol in private.

The relaxation of alcohol rules is major turnaround from nearly 40 years of hardline Islamist policies. The United Nations reports that some three percent of the population is non-Muslim.

Female genital mutilation (FGM) has long been viewed, especially in rural communities, as a "rite of passage" for girls and a way to preserve their chastity.

In Sudan, nearly nine out of 10 girls fall victim to what is known as FGM or genital cutting, according to the United Nations.

In its most brutal form, it involves the removal of the labia and clitoris, often in unsanitary conditions and without anesthesia.

The wound is then sewn shut, often causing cysts and infections and leaving women to suffer severe pain during sex and childbirth complications later in life.

Rights groups have for years decried as barbaric the practice which can lead to the myriad physical, psychological and sexual complications and, in the most tragic cases, death.