Student loan cancellation sets up clash between Biden and the Left 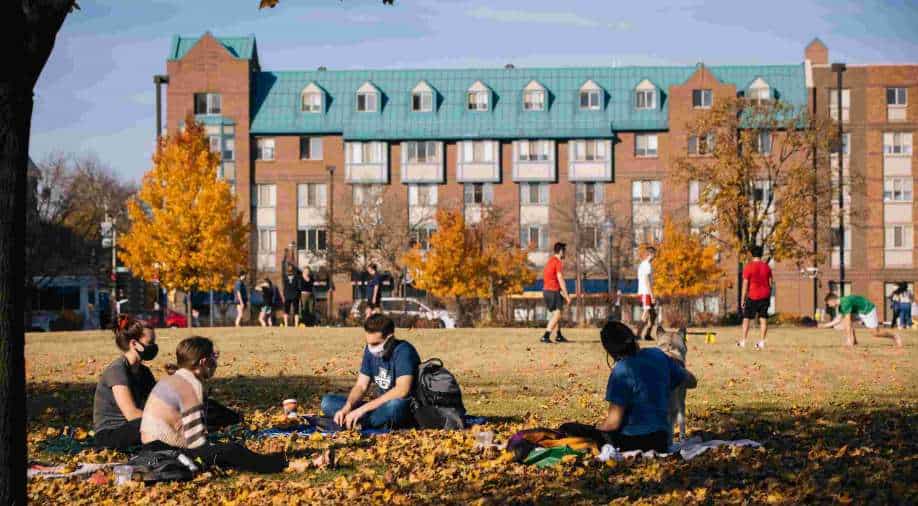 Biden has endorsed canceling $10,000 in federal student debt per borrower through legislation, and insisted that chipping away at the $1.7 trillion in loan debt held by more than 43 million borrowers is integral to his economic plan.

WASHINGTON — President-elect Joe Biden is facing pressure from congressional Democrats to cancel student loan debt on a vast scale, quickly and by executive action, a campaign that will be one of the first tests of his relationship with the liberal wing of his party.

Biden has endorsed canceling $10,000 in federal student debt per borrower through legislation, and insisted that chipping away at the $1.7 trillion in loan debt held by more than 43 million borrowers is integral to his economic plan. But Democratic leaders, backed by the party’s left flank, are pressing for up to $50,000 of debt relief per borrower, executed on Day 1 of his presidency.

More than 200 organizations — including the American Federation of Teachers, the NAACP and others that were integral to his campaign — have joined the push.

The Education Department is effectively the country’s largest consumer bank and the primary lender, since 2010, for higher education. It owns student loans totaling $1.4 trillion, so forgiveness of some of that debt would be a rapid injection of cash into the pockets of many people suffering from the economic effects of the pandemic.

“There are a lot of people who came out to vote in this election who frankly did it as their last shot at seeing whether the government can really work for them,” said Rep. Pramila Jayapal, D-Wash., and the chairwoman of the Congressional Progressive Caucus. “If we don’t deliver quick relief, it’s going to be very difficult to get them back.”

Many economists, including liberals, say higher education debt forgiveness is an inefficient way to help struggling Americans who face foreclosure, evictions and hunger. The working poor largely are not college graduates — more than 70% of unemployed workers do not have a bachelor’s degree, and 43% did not attend college at all, according to a report by the Committee for a Responsible Federal Budget.

While many Black students would benefit greatly from even modest loan forgiveness, debt relief overall would disproportionately benefit middle- to upper-class college graduates of all colors and ethnicities, especially those who attended elite and expensive institutions, and people with lucrative professional credentials like law and medical degrees.

An October analysis by the Brookings Institution found that almost 60% of America’s educational debt is owed by households in the nation’s top 40% of earners, with an annual income of $74,000 or more.

People who go to college “are often from more advantaged backgrounds, and they end up doing very well in the labor market,” said Adam Looney, a former Treasury official who helped write the analysis.

Without a parallel effort to curb tuition growth, one-time debt relief could actually lead to more higher-education debt in the future as students take on larger loans, hoping the government would at some point wipe them clean, a “moral hazard” that often accompanies one-time interventions. And it would be expensive: Canceling even $10,000 per person in debt would eliminate more than $400 billion in government assets, although calculating the true cost to the Treasury is tricky because of student loans’ long repayment time and high default rate.

Looney said canceling $50,000, at a projected cost of $1 trillion, would be “among the largest transfer programs in American history,” on par with decades of targeted spending on programs that exclusively benefit low-income families, such as the $992 billion spent on federal Pell grants since 1972 and the $1.4 trillion spent on welfare since 1975.

If debt relief overall would disproportionately flow to better-off Americans, even modest debt forgiveness would help many financially vulnerable people, especially people of color. Student debt load has tripled since 2006 and eclipsed both credit cards and auto loans as the largest source of household debt outside mortgages, and much of it falls on Black graduates, who owe an average of $7,400 more than their white peers at the time they leave school. Black borrowers also default at higher rates.

College dropouts, especially those who attended for-profit schools, often end up trapped by debt they cannot afford to repay.

An economic working paper published by the Roosevelt Institute casts debt forgiveness explicitly in racial-justice terms. The total percentage of Black households that would benefit would be greater than white households, and the relative gains for those households’ net worth are far larger, the researchers found. The greatest marginal gains come from canceling the smallest debts; wiping out $20,000 would end student debt for half of all households with loans.

Sens. Chuck Schumer of New York, the Senate Democratic leader, and Elizabeth Warren, D-Mass., said in a joint op-ed last week that $50,000 debt cancellations would give “Black and brown families across the country a far better shot at building financial security” and would be the “single most effective executive action available to provide massive stimulus to our economy.”

To truly break the debt cycle, though, forgiveness would need to be paired with policy changes addressing the underlying cause of America’s skyrocketing student debt: affordability.

“The real problem is the cost of higher education,” said Betsy Mayotte, president and founder of the Institute of Student Loan Advisors. “Unless you’re going to solve the problem, forgiveness is just throwing away money.”

“The virus epidemic has accelerated some of the trends that are strangling public higher education,” said Louise Seamster of the University of Iowa and a co-author of the Roosevelt Institute paper. She said a momentous move like debt forgiveness could spur “new ways of thinking.”

“A lot of the debate has gotten stale because we’ve been limited in thinking about the fixes,” she said.

But student debt forgiveness could have serious political implications. In 2009, relief extended by President Barack Obama to homeowners with houses suddenly worth less than their mortgages was the original spark for the Tea Party movement, driven by people who fastidiously paid their home loans and felt left out. The dynamic would almost certainly repeat itself as earlier and later borrowers wondered why they had to pay off their loans.

“I don’t believe any president has the authority to give away hundreds of billions of dollars through the stroke of a pen,” said Sen. Ted Cruz, R-Texas. “And I think doing so is profoundly unfair to the millions of Americans who worked hard to pay down their student debt.”

The legal argument for debt cancellation by executive action hinges on a passage in the Higher Education Act of 1965 that gives the education secretary the power to “compromise, waive or release” federal student loan debts. Schumer and Warren maintain that Biden can broadly use that power, and several lawyers have written analyses backing that view.

But former government lawyers have warned that across-the-board forgiveness would face legal challenges from Republicans. And Biden has never publicly endorsed the idea. Some close to him say he recognizes the risks and consequences of bypassing Congress.

There is more consensus that the $10,000 proposal would reach the most vulnerable borrowers, the estimated 15 million who have low debt under $10,000, often because they did not complete their degrees.

Some experts argue that Biden has other, more progressive options for taming student debt, such as improving existing repayment plans that link borrowers’ loan payments to their incomes.

The government has struggled to get all borrowers who would benefit from income-linked plans enrolled in them, in part because the loan servicers it hired to work with borrowers and collect their payments have not guided people through the complicated process of getting and staying enrolled.

The “benefit of outright cancellation is simplicity,” said Eileen Connor, legal director at the Project on Predatory Student Lending at Harvard Law School, which represents thousands of students defrauded by their colleges and mired in legal fights with the Education Department over loan forgiveness.

“We are facing an unprecedented public health and economic crisis, and we need to use every tool readily available to keep families and the economy afloat,” Connor said.

Biden has continued to push for the passage of legislation that called for some loan forgiveness, named the Heroes Act, that the House passed in the spring.

Student debt holders are “having to make choices between paying their student loan and paying the rent, those kinds of decisions,” Biden said at a news conference last month.

Rep. James Clyburn of South Carolina, the No. 3 Democrat in the House whose endorsement was key to Biden winning the presidency, said the president-elect should first try legislation. If that fails, Clyburn argued, Biden should use an executive order.

“Let them sue,” he added. “They’re not the only ones that can employ lawyers.”

Clyburn, who speaks with Biden frequently, said in an interview that he did not think that what Biden proposed during the campaign “goes quite far enough.”

Sen. John Thune, R-S.D., said he hoped the two parties could find common ground on the issue. He introduced a bipartisan bill that would allow employers to contribute up to $5,250 tax-free to their employees’ student loans, which was included as a temporary provision in the coronavirus relief law this spring.

“There’s no question that student debt is a problem in this country, but simply forgiving student loans is not the answer,” Thune said.