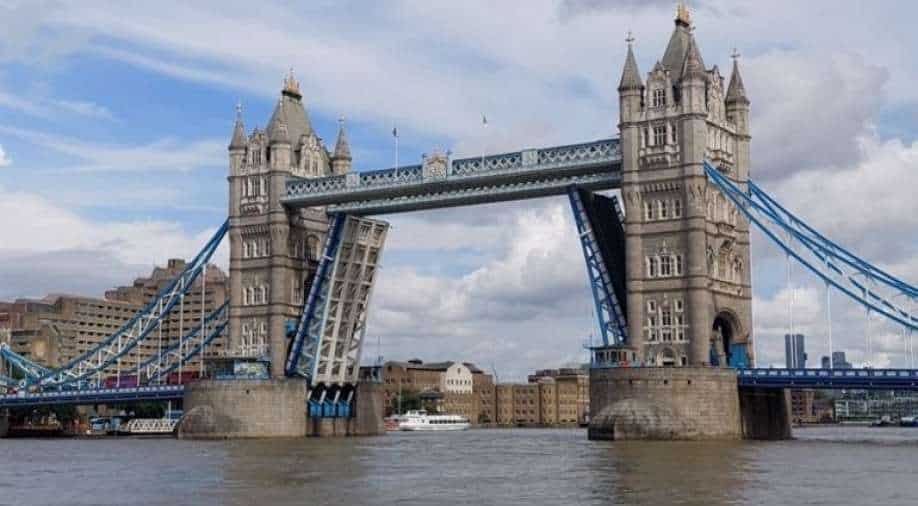 Pictures and videos of the incident were shared by locals on social media forums, where the bridge's arms can be seen jammed upright.

Tower Bridge, one of London's iconic landmarks, got stuck open due to some "technical" failure, causing traffic chaos with cars and pedestrians left on either side of the bridge. The City of London Police informed via a tweet that the bridge is "currently closed" to traffic and pedestrians due to "technical failure".

"Due to a technical issue, Tower Bridge is currently stuck in a raised position. We are working to resolve the issue as quickly as possible," the City of London Corporation said in a statement.

ALSO READ | Where are the Asians? Barbie slammed as Tokyo Olympics-themed dolls seem not to include an entire community

Pictures and videos of the incident were shared by locals on social media forums, where the bridge's arms can be seen jammed upright. The Tower Bridge was reportedly opened to allow a tall ship to pass through.

❌ Tower Bridge is currently closed to traffic and pedestrians due to technical failure.

Tower Bridge is currently experiencing a technical fault and the bridge is stuck open.
Slight pause to my walk #NursesActive but it was cool to see the bridge open for the first time in my life! pic.twitter.com/BE71N13H2d

Bascules, the word for the bridge's arms, are the movable parts of the iconic bridge, which can be raised and lowered using counterweights. The official website of Tower Bridge tourism mentions that the bridge normally lifts around 800 times a year.

Tower Bridge is quite a popular attraction in London and before the Coronavirus (COVID-19) lockdown, it was one of the capital's busiest river Thames crossings, which was used by more than 40,000 people every day.

Previously, the bridge remained stuck for over an hour in August 2020, causing traffic deadlocked in the surrounding areas. However, the recent incident led to the circulation of funny memes as well. Check them out here:

As a technical fault leaves Tower Bridge stuck open, I'm reminded of the time it was stuck in pinball mode until someone got the high score. #towerbridge pic.twitter.com/mI8roWl2s8

I hear Tower Bridge is stuck open. Surely this is the perfect moment to recreate the epic #SpiceBus scene... pic.twitter.com/zPGa2qKFef

I think I see the problem here Tower Bridge... pic.twitter.com/zbm4AedhxA

The bridge was built between 1886 and 1894 and it is considered "the largest and most sophisticated bascule bridge ever completed", according to its website.