Where are the Asians? Barbie slammed as Tokyo Olympics-themed dolls seem not to include an entire community 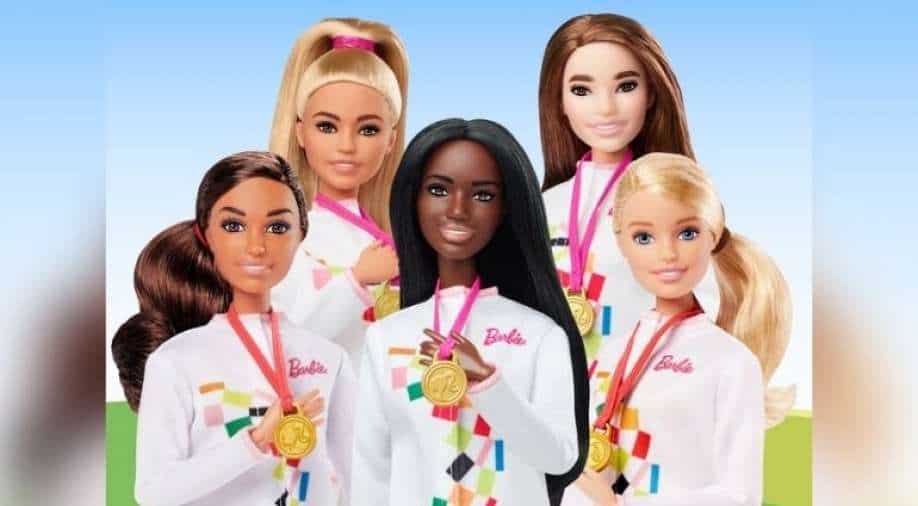 As per Mattel's official statement, the line of Olympic-inspired Barbies highlights "inclusivity and innovation".

Mattel, the toy company that manufactures Barbie dolls, is facing heavy criticism on social media over the latest collection of dolls dedicated to the Tokyo Olympics for not including Asian Barbie. As per Mattel's official statement, the toy-making company said that they collaborated with the International Olympic Committee (IOC) and Tokyo 2020 to create the Olympic-themed dolls.

The statement further added that the latest product line of Olympic-inspired Barbies highlights "inclusivity and innovation" and reflects the five new sports added to Tokyo Games — which was baseball/softball, sport climbing, karate, skateboarding and surfing. The aim was to inspire a new generation of athletes and fans around the world.

"Tokyo 2020 is a monumental event that brings the world together through sport and inspires fans of all ages," said Janet Hsu, Chief Franchise Officer of Mattel.

"The Mattel Tokyo 2020 Collection honours these sports and inspires a new generation through the Olympic spirit and outstanding athletic tradition," he added.

#Barbie is committed to empowering girls to participate in sports by capturing the fun and friendship of the season, and inspiring kids to find the athlete within.🏅 #YouCanBeAnything #tokyo2020 #Olympics https://t.co/MFjn2ZhfvW pic.twitter.com/XftIDTaZMo

The caption of the Barbie's post read, "#Barbie is committed to empowering girls to participate in sports by capturing the fun and friendship of the season, and inspiring kids to find the athlete within."

However, social media users have expressed their disappointment over the image that was shared on Twitter and Instagram. Some of the users were furious over the omission of an Asian doll, especially as the Games were held in an Asian city, Tokyo. Some users pointed out that one of the dolls "has Asian features".

One user wrote, "Wow. Wordless. Olympics in an Asian country yet zero attempt to represent any Asians in your collection. Shame on you @Barbie". Another chimed in and said, "EPIC FAIL. What happen to being “Inclusive”. Where is the Asian Barbie ?!?!? You are part of the problem. The Olympics is happening in Tokyo, an asian country. I know you can do better than this. Very disappointed."

"So disappointing that by trying to be inclusive you exclude almost 60% of the world's population as well as that of the host country. Many of the top female athletes in the Olympics are asian. This was not an oversight but blatant racism," wrote one of the users.

According to Mattel you can can anything , but ASIAN if you want to be included. The Olympics is literally happening in Asia. An Asian countries has the most gold medals. An Asian-American won gold in one of the biggest and most poplar event. Talk about tone deaf. Do much better!

Where’s the Asian Barbie?? They are generally hard to find but you would think Olympics would include! My daughter is half Asian & I keep debating if she will ever play with Barbie. This just proves to me that Disney Princess is the way better choice! @Hasbro @DisneyStudios

You can't have a doll representing the Olympics and Not include a doll of Asian Quality! The sports held Tokoyo why not include a doll from that country? Instead of 2 blonde, it should one and a Asian doll. Period! How fair is it to them?

Major failure! Where is the doll that looks Asian? Especially Olympic 2020 is taking place in Japan which is an Asian country. @Mattel this is a disaster, whether it’s accidental or intentional.

This is an Asian Barbie. They got screamed at for making an Asian Barbie look “too Asian”. Now this one isn’t Asian enough. They can’t win. Someone is always offended. pic.twitter.com/d3jHSDlM7U

So far, there's no response from the toy making company.