Stranded on floating chunk of ice, 34 people get rescued off Green Bay in US 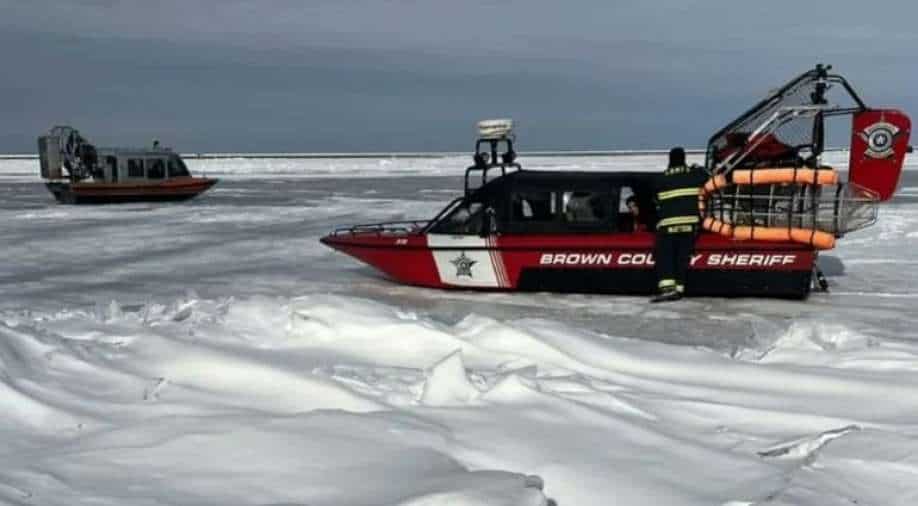 Around 34 people, who had got stranded on a huge chunk of floating ice, were rescued off the shore of Point Comfort on Green Bay in Wisconsin state of the US on Saturday.   Photograph:( Twitter )

After getting stranded on a huge chunk of floating ice, around 34 people were rescued off the shore of Point Comfort on Green Bay on Saturday, as per Brown County Sheriff's Office in Wisconsin state of the US.

As per a news release from the sheriff's office, a report of numerous people being stranded on a floating chunk of ice was received by Brown County at around 10:15 am.

The ice had broken off from the shoreline off Point Comfort.

All the people were rescued with no injuries in less than two hours, the release said.

"It is believed a barge that had gone through the Bay shortly before the ice breakage may have contributed to the destabilisation of the ice," the sheriff's office said.

Although the floating ice chunk was just a mile away from shore till the rescue’s end, it had floated around three quarters of a mile during the evacuation effort, the office of the sheriff said.

"Although the chunk of ice remained fairly stable, its condition was deteriorating rapidly (and) cracking up as it moved with the open water pounding at the edge of it," the office added.