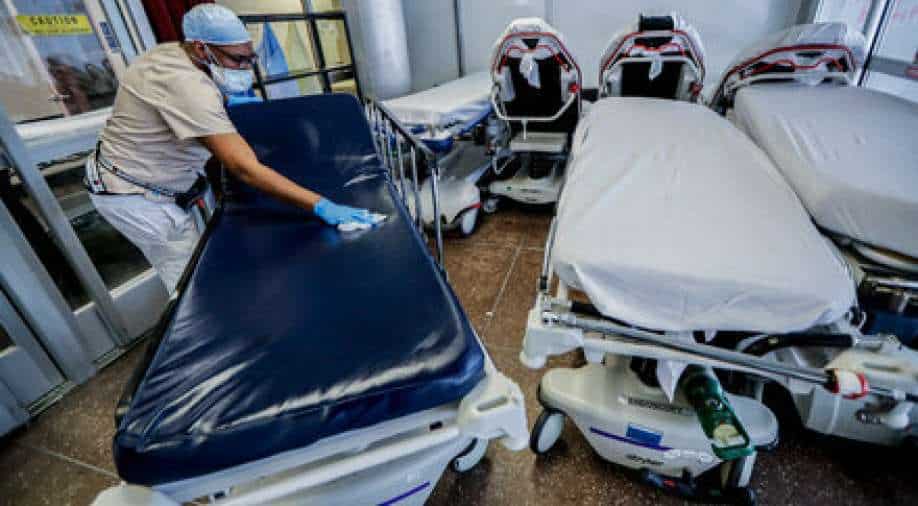 All 31 hospitals in the Mohawk Valley, Finger Lakes and Central regions are now included on the list, and the nine others are scattered throughout the state, according to the statement. None are in New York City. The hospitals must cancel procedures starting Thursday

New York state on Saturday added more hospitals to its list of those ordered to postpone elective surgeries for at least two weeks as the surge in COVID-19 cases threatens to overwhelm hospitals.

The list now includes 40 hospitals that have “met the state’s threshold for ‘high risk regions’ or low-capacity facilities,” the Department of Health said in a statement Saturday.

All 31 hospitals in the Mohawk Valley, Finger Lakes and Central regions are now included on the list, and the nine others are scattered throughout the state, according to the statement. None are in New York City. The hospitals must cancel procedures starting Thursday.

The size of the list has fluctuated since early December, when an executive order issued by Gov. Kathy Hochul went into effect to limit elective surgeries before another spike in cases. There were 28 hospitals on the list as recently as December 20.

“We will use every available tool to help ensure that hospitals can manage the COVID-19 winter surge,” Dr. Mary T. Bassett, the acting health commissioner, said in a statement Saturday. “I want to remind New Yorkers that getting vaccinated and boosted remain the best way to protect against serious illness and hospitalisation from COVID-19. Vaccination also protects our hospital system. We cannot return to the early months of the pandemic when hospitals were overwhelmed.”

As the Omicron variant of the coronavirus sweeps through New York, many hospitals are being pushed to their limits by the twin challenges of soaring new cases and growing shortages of nurses, doctors and technicians.

New York state reported a record 90,132 daily new cases, Hochul’s office said Saturday. In the past three days, 439 people have died from the virus, an 80% increase from the same period a week earlier. Two hundred of those deaths were in New York City, more than doubling the number from last week.

While the latest virus wave appears to be less deadly than earlier ones, with far fewer patients on ventilators, even large hospitals with empty intensive care unit beds are straining to handle the rise in caseloads because so many workers are out, health care officials said.

Under Hochul’s executive order, hospitals must stop elective procedures when certain metrics are reached, including:

At least 90% of the beds in a region’s hospital system are filled based on the seven-day average.

The seven-day average hits 85% to 90% and the COVID-19 admission rate for the region is greater than 4%.

While none of the hospitals on the state’s list are in New York City, the Greater New York Hospital Association said that five of the teaching hospitals in the area will increase support to independent hospitals and safety net facilities that are overwhelmed. They include Montefiore Health System, Mount Sinai Health System, NewYork-Presbyterian, Northwell Health and NYU Langone Health.